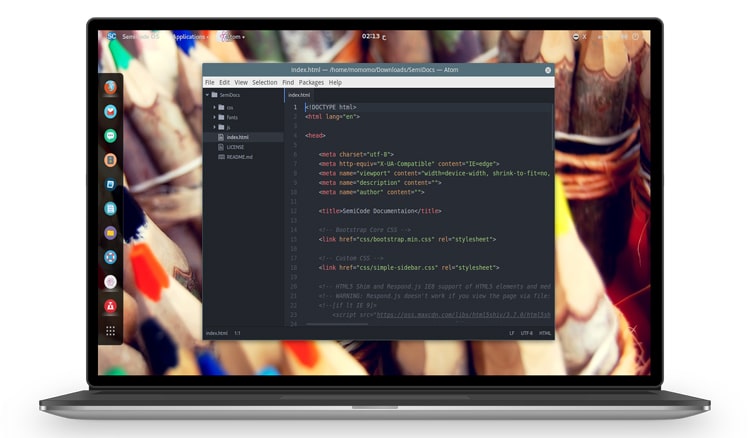 While Canonical is keeping on expanding its presence in the world of open source, SemiCode OS has just emerged to take its Ubuntu to the next level. The platform uses Ubuntu 14.04 to deliver an advanced computing experience.

SemiCode OS is designed as the Linux for programmers and web developers. As a replacement for Windows and macOS, the new operating system includes GNOME desktop environment. It also comes preloaded with IDEs of some popular programming languages.

To nurture non-coders with some primary coding skills, the initial beta version of SemiCode OS has Scratch IDE. There are tools such as Slack and Git to support development teams.

Furthermore, SemiCode OS brings Sarah that works similar to Apple’s Siri and Microsoft’s Cortana. The virtual assistant comes from the terminal and supports several commands. It can also translate words from one language to another.

The SemiCode team warns that the beta version is “very unstable” today and is developed just for testing purposes. However, you can test its presence alongside a stable operating system.

You can download SemiCode OS on your system today. It is intended for 32bit architecture and requires 1.5GB of RAM and at least 20GB of storage.