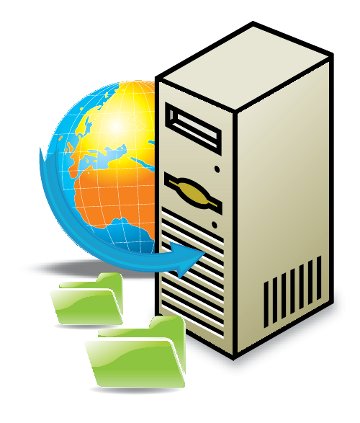 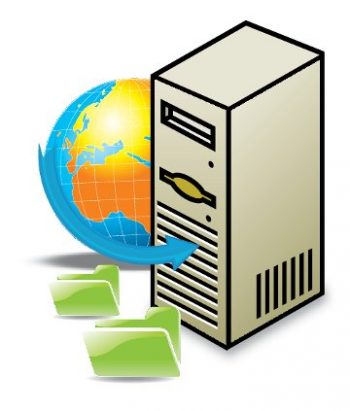 Let us begin this series on LDAP by setting up OpenLDAP on our machines and unravelling its mysteries as the series progresses.

OpenLDAP is the open source implementation of the LDAP protocol to access a directory. Simply put, a directory is a repository of data, much like a database (but with significant differences) that is used to store huge amounts of data. Directories are optimised for fast search and retrieval. Directories are also fairly static — in the sense that the data in a directory is not updated very frequently.

LDAP or “Lightweight Directory Access Protocol” is a protocol used to access directories. OpenLDAP is an open source directory software suite conforming to the LDAP protocol (version 3) and it supports all major platforms. The current version of OpenLDAP is 2.4. There are significant changes in this version compared to v2.3. In this article though, we will cover features that apply to the previous versions as well.

The OpenLDAP software suite consists of a directory server (openldap-server) and a client (openldap-clients) to access the directory. To be able to query other LDAP servers, only the openldap-client is required.

The openldap-client package provides popular client tools such as ldapsearch, ldapadd, etc. The openldap-server software is required if you want to build a directory of your own.

On a RHEL/CentOS/Fedora system, the OpenLDAP RPMS are available as openldap-server and openldap-clients. A simple check will reveal the RPMs installed in your system. To query the RPM database for the installed OpenLDAP RPMS, run the following command:

In my system, the output was as follows:

To be able to query other LDAP servers, you will need to install the openldap-clients package:

With the client software installed, you can access other LDAP servers. There are quite a few LDAP servers on the Internet that allow anonymous querying, which implies querying a server without providing a user name and password, much like in anonymous FTP transactions where you can download files without providing a username/password for authentication.

To query a directory server conforming to the LDAP protocol, use the ldapsearch command. A list of public LDAP servers can be found here. To test whether your OpenLDAP client software is installed correctly and is able to query remote LDAP servers, you may query any one of the listed servers.

As an example, I chose to query the server x500.bund.de:

The -h flag above specifies the hostname to be queried. The -b flag specifies the “base” from which the search should begin and -x specifies “simple authentication”.

Running the command displays a lot of output on the screen. Redirecting this output to a file will help us in understanding LDAP:

The stderror output (which was not redirected by the above command) shows that binding (or authenticating and connecting) to the LDAP server was successful. Let us now look at the contents of this file, which contain the output of our query:

The opening line shows us that the output is in the LDIF format. It stands for LDAP Data Interchange Format. LDIF is used to represent LDAP data in text form. An understanding of LDIF is critical to be able to perform successful add/modify/delete/search operations on an LDAP server. LDIF files are useful for:

The other lines also give us some more meaningful information. Note that all these are preceded with a # (hash). This means that these are comments, not the results of our query. They just provide additional information. The other important information is the version of the LDAP protocol used for querying (v3), the base of the LDAP tree on which the search operation was performed, and filters applied to refine search results.

A detailed explanation of this is beyond the scope of this article. Maybe in a future article, we can delve deep into the workings of LDAP and uncover its hidden treasures.

Most directories do not allow anonymous writing. To be able to add/modify/delete data, you need to bind to the directory server host with a valid user name and password. Most directories also do not allow anonymous read (or search). Depending on your environment and sensitivity, you may also wish to do away with anonymous read on your directory. This will depend on your LDAP server configuration.

Warning: Do not modify the /etc/ldap.conf file. It is for a different purpose and is accessed by a different set of programs.

To be able to simply query the above server (x500.bund.de), just specify the following two lines in /etc/openldap/ldap.conf:

Make sure you comment out all the other lines at this stage. Once you have done this, just execute the ldapsearch command without the host and the base options:

This will connect to the server specified in the configuration file and will search from the base mentioned there.

LDAP is a TCP/IP protocol and an LDAP server binds to TCP port 389 by default. When using TLS, the default secure LDAP port is 636. Instead of specifying a host, an LDAP URI can also be used. LDAP URIs are of the form: ldap://host-fqdn

The above LDAP search using LDAP URI instead of the hostname can be executed as follows:

…and the corresponding entry in /etc/openldap/ldap.conf will be:

For the purpose of this article, I will create the openldap-server on a virtual RHEL 5.4 server and the client will reside on my virtual Fedora 12 host. The details of the test setup are:

The LDAP server software installs the standalone LDAP daemon (slapd). The version of the OpenLDAP server on RHEL 5.4 is 2.3 (openldap-servers-2.3.43-3.el5).

The slapd daemon binds on Port 389 and serves client requests based on its directory data. In Fedora/RHEL systems, the important locations are:

It also creates the user and group LDAP. For security purposes, the slapd daemon runs with the privileges of this user:

Let’s start configuring our very own LDAP server. As always, remember to keep a backup of the main config file — just in case something goes wrong:

The include section of this config includes certain files from the schema directory. These files describe the structure of our directory. We will examine these in more detail in another article. For now, to get going quickly, the other important directives in the configuration file are:

For a directory server, the DN and the base suffix are important concepts.

LDAP is generally associated with DNS as most organisations would want their domain names mapped to their directory data. Therefore, if my domain name is knafl.org, this domain context can be represented in the directory as follows: 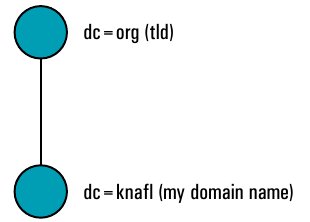 Therefore, in the directory, the domain knafl.org can be represented in a hierarchical fashion as: dc=knafl, dc=org.

We need to specify this base in our directory configuration file along with the superuser name and password. The superuser is referred to as rootdn (the DN of the “root” user). This should also fall under the base of the directory tree and could be referred to by the Common Name (CN) of Manager. Finally, we should set the password of the root user.

We can also set the rootdn password in clear text. This is a security risk and should be avoided. The password should be stored in an encrypted form. I am only including the “text password” for demo purposes.

To check whether our LDAP is up, we will query our server as follows:

We will receive the “No such object” message from the server. This means that our LDAP server is running, but it could not locate our directory tree or the data.

First, let us create a simple LDIF file for our directory base and save it in the file /tmp/ldap-base:

Adding the entries to the directory:

By default, we require rootdn privileges to write data in the directory. The -D flag specifies the user name (DN in LDAP terminology), and -W specifies that the password will be entered on the command line prompt. Finally, -f specifies the name of the LDIF file that contains entries to be added to the directory.

Now when we query the directory, we get an output as follows:

Thus we have created the base of our directory. Now we need to add more data to it and also beef up the security of the LDAP server.

Let us first add some more data to create an address book. Let us add a section called “addressbook” in our LDAP tree under the base suffix. This section can be denoted as an Organisational Unit (OU). Therefore, our LDIF file will be:

Let us add this OU to our directory:

Now let us add some addressbook entries under the OU “addressbook”. An example of an LDIF file with a user entry might look like the file displayed below:

Add this entry to our directory:

You can similarly add other entries. Let us now query our directory from the Fedora client host:

In the next article, we will look at how to secure our basic LDAP server — adding an encrypted rootdn password, implementing access control, disallowing anonymous search, modifying and deleting entries, etc.

How to do Reverse Tunnelling with the Amazon EC2 Instance