In the coming days, MongoDB plans to update its website to make it clear that SSPL has not been approved under the OSI’s definition of “open source.” 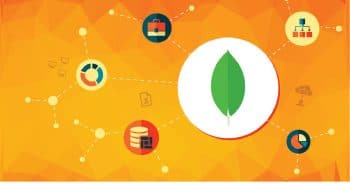 MongoDB announced the SSPL in October as a way to protect its software from cloud providers, like Amazon, who are accused of reselling open-source projects for their own commercial benefit.

However, MongoDB has maintained that the SSPL is still an open source license.

MongoDB CTO and co-founder Eliot Horowitz wrote in a post, “We continue to believe that the SSPL complies with the Open Source Definition and the four essential software freedoms.  However, based on its reception by the members of this list and the greater open source community, the community consensus required to support OSI approval does not currently appear to exist regarding the copyleft provision of SSPL. Thus, in order to be respectful of the time and efforts of the OSI board and this list’s members, we are hereby withdrawing the SSPL from OSI consideration.”

An alternative license likely in future

MongoDB also said that it still plans to use SSPL for its software and possibly draft an alternative license in the future.

“We have already had several discussions with other stakeholders concerned with ‘SaaS capture’ of innovative open source technology.  We are big believers in the importance of open source and we intend to continue to work with these parties to either refine the SSPL or develop an alternative license that addresses this issue in a way that will be accepted by the broader FOSS community,” Horowitz said.

In the coming days, MongoDB plans to update its website to make it clear that SSPL has not been approved under the OSI’s definition of “open source.”

Horowitz noted that though SSPL failed to gain broad support in the open source community, many other companies have agreed that a new licensing model is needed to address the threats facing those, especially smaller, up-and-coming companies, that want to make significant investments in open source in the modern cloud era.