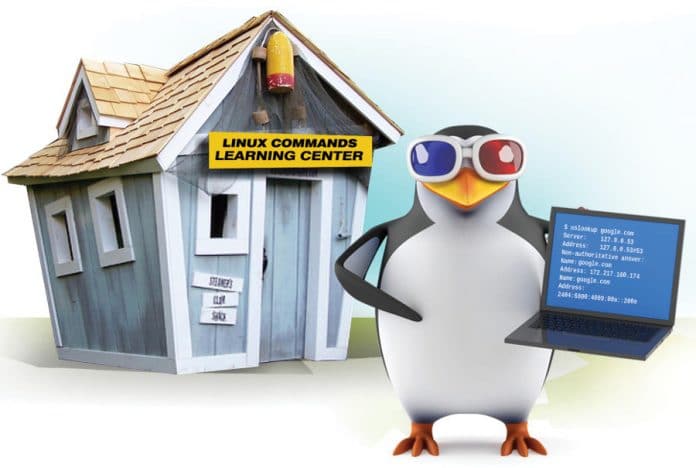 The command line interface is a very potent tool in Linux. It helps systems and network admins execute different tasks seamlessly. Here is a list of the top ten Linux commands that can simplify their work.

One of the best things about GNU/Linux is that it is highly configurable through the command line interface. One can manage all of GNU/Linux via the command line. This makes automation really simple, which is why GNU/Linux is so popular among systems administrators. In this article, we will discuss the top ten commands for GNU/Linux systems administrators.
In the first section of this article, we cover commands that can be used to query hardware information; the second section discusses network related commands, and the last section covers miscellaneous commands.

Querying hardware information
Finding out the CPU architecture details: We often need to find out details about the CPU’s architecture, such as its byte order, CPU mode, number of cores/threads, caches, virtualisation support, and so on. GNU/Linux provides a handy command called lscpu, which provides insights about CPU architecture. Given below is the sample output of the command:

Note: Some part of the output is not shown here, to save space.

Finding memory details: GNU/Linux has inbuilt ‘free’ commands, which display the total amount of free and used physical and swap memory in the system. In addition, it also shows the buffers and caches used by the kernel. Given below is the sample output of memory usage in megabytes:

Note: This command is executed with root privileges.

Note: Some part of the output is not shown here to save space.

Making a file immutable: Some files are so important that we cannot afford to lose them even by accident. GNU/Linux provides the chattr command, with which we can make a file immutable. Once a file is marked as immutable, it cannot be deleted even by the root user. Let us look at this with an example:

In the above command, the +i flag sets the immutable attribute to a given file. Let us try to delete this file with root privileges:

Converting the DOS file format to UNIX: Users often develop scripts on one machine and copy it over to multiple machines for testing/production purposes. If a script is stored in the DOS file format, then it adds the addition control-M (^M) character as a line ending character, which makes the script unusable on GNU/Linux. To make it usable on GNU/Linux, we have to convert its file format to UNIX. We can easily do this using the dos2unix command.
Let us take a file in the DOS format, as shown below:

Now convert it to UNIX and verify its file format:

Flush caches: GNU/Linux uses RAM as a caching mechanism to improve system performance. This cache is flushed periodically. However, we can flush the cache explicitly at any time. We can either flush it using Page cache and inode cache, or both. Let us look at this with an example.
To drop Page cache, execute the following command as a root user:

To drop inode and dentry cache, execute the following command as a root user:

To drop both caches, execute the following command as a root user: