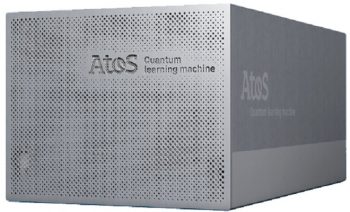 With the introduction of myQLM, the company is focusing to democratise access to quantum simulation and boost innovation in the quantum computing.

Eighteen months back, Atos has introduced Atos Quantum Learning Machine – the world’s highest-performing quantum simulator that is capable of simulating up to 41 quantum bits (Qubits). The company continues to innovate in the area of quantum computing by allowing the Atos QLM user ecosystems to create quantum algorithms autonomously.

myQLM, derived from Atos QLM simulator, is a python programming language environment for developing and simulating quantum programs on user’s own desktop. The program includes:

Speaking about program, Thierry Breton, Chairman and CEO, Atos, said, “With myQLM, we are taking a new step forward in the field of quantum computing. Offering free access to quantum programming and testing to researchers, students and developers will democratise the use of quantum simulation and help expand the overall reach of quantum computing, a technology which will shape the future of computing for years to come.”