The company also moves the OpenPower Foundation under the administrative control of the Linux Foundation. 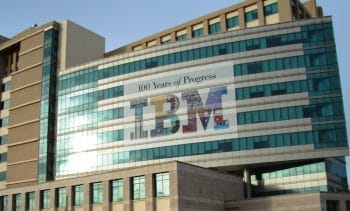 Expanding its commitment to open source, IBM announced at The Linux Foundation Open Source Summit this week that it is opening the POWER Instruction Set Architecture (ISA), which is critical to how hardware and software work together on POWER.

“With the ISA and other technologies being contributed to the open community, developers will have the tools to build innovative new hardware that takes advantage of POWER’s enterprise-leading capabilities to process data-intensive workloads and create new software applications for AI and hybrid cloud built to take advantage of the hardware’s unique capabilities,” the company said in a statement.

In addition, IBM plans to contribute a handful of other technologies to the open source community, including a softcore implementation of the IBM Power ISA, reference designs for the Open Coherent Accelerator Processor Interface (OpenCAPI) and the Open Memory Interface (OMI).

The OpenCAPI and OMI technologies help developers maximize memory bandwidth between processors and attached devices, which is critical to overcoming performance bottlenecks for emerging workloads like AI.

“With our recent Red Hat acquisition and today’s announcement, IBM becomes the only processor vendor and POWER becomes the only commercially-available architecture with a completely open system stack, from the foundation of the hardware through the software stack,” said IBM’s OpenPOWER General Manager Ken King.

IBM co-founded OpenPOWER in 2013, and since then the organization has grown to over 350 members that have produced hundreds of innovations around the POWER architecture. Collaborating with OpenPOWER members Red Hat, NVIDIA and Mellanox, IBM led the delivery of the two most powerful supercomputers in the world, the US Dept of Energy’s Summit and Sierra.

“Back in 2013 we were excited to see that IBM took the first steps in opening the company’s POWER architecture,” said Jim Zemlin, Executive Director of the Linux Foundation.

“The Linux Foundation itself has seen rising interest in open hardware communities and working with OpenPOWER Foundation will continue to make the OpenPOWER and open hardware technologies available to a growing, global audience,” he added.

IBM’s opening of the implementation rights, inclusive of patents, to the POWER ISA give hardware developers a royalty-free approach to build around a commercially-driven CPU architecture with enterprise-ready features and security.