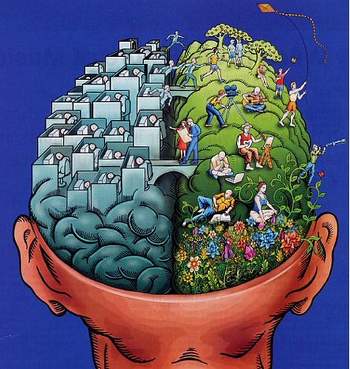 Welcome to CodeSport! We will continue the discussion that began last month about software transactional memory.

A pessimistic concurrency control implemented using lock-based programming is based on the premise that shared data that is accessed/updated within the critical section is expected to be non-disjointed across threads. Hence, it is necessary to obtain exclusive ownership of the data before executing the critical section, since conflicts are definitely expected during the data accesses.

Pessimistic Concurrency Control (PCC) and Optimistic Concurrency Control (OCC) are similar to “asking permission” (exclusive ownership before entering the atomic section) and “apologising if there is a conflict” (execute, assuming data is disjointed; and if there is conflict, apologise and retry). The choice of whether to ask permission first before executing, versus executing optimistically, hoping for no conflicts, and dealing with conflicts if they arise later, is not an easy decision from a performance viewpoint (for humans, as well).

Optimistic concurrency is driven by the assumption of disjoint access parallelism among concurrently executing transactions. It supposes that shared data that’s accessed/updated by concurrent transactions is expected to be disjointed, and hence, conflicts among threads when accessing shared data are typically infrequent.

Since software transactional memory has its roots in database transactions, many of the STM implementations simply adopt the correctness criteria from the database world — namely, “serialisability”.

This means that the result of executing a set of concurrent transactions must be identical and equivalent to an execution in which the transactions are executed serially, one after another. Guaranteeing the ACI (Atomicity, Consistency and Isolation) properties in a STM implementation ensures that the serialisability criterion is satisfied.

Conflict serialisability is a well-known concept from database implementations, which has been adopted by many of the STM implementations for specifying transactional semantics.

The use of 2PL in STM systems results in lack of concurrency in certain cases, because some schedules that do not obey 2PL may very well be serialisable and thus produce the correct outcome. For applications that have abundant parallelism, and are without excessive data sharing, the use of 2PL is not likely to be a problem. However, for applications that involve excessive data sharing among transactions, 2PL is likely to limit concurrency and degrade performance.

Therefore, from the Single Global Lock (SGL) perspective, it is as if only one atomic block can be executed transactionally, at a time. This means that the total number of concurrent transactions at any time is only one. For instance, consider an atomic block, as shown below in the following table, wherein statements s1 and s2 are enclosed inside an atomic block. Under SGL semantics, this atomic block appears as follows:

Single Global Lock (SGL) semantics is appealing and intuitive, because it matches our natural understanding of transactions. It provides complete isolation and serialisability over all transactions. However, it does not explicitly capture the failure atomicity property of the transactions. This model cannot be directly employed as an STM implementation strategy, since it precludes any concurrency.

In order that STM implementations offer semantic guarantees that are equivalent to those of lock-based synchronisation for such idioms, they need to be privatisation- and publication-safe. Consider the code sample in the following table, which demonstrates the privatisation idiom.

Under the SGL semantics, the two transactions cannot execute concurrently. Either Tx1 executes first, or Tx2 does. If Tx1 executes, it first privatises the current head of the list, so that further accesses to it in Thread 1 do not require the accesses to be wrapped in a transaction.

When Tx2 executes next, it cannot access the previous head of the list (since it has already been privatised). On the other hand, if Tx2 executes first, it first updates all the linked-list elements, and commits. Since Tx1 and Tx2 cannot execute concurrently, the access of lHead by Thread 1 outside the transactional code region is safe, since no other thread can access lHead after it has been privatised.

Publication is just the opposite of the privatisation idiom. Consider the example code shown below

The variable data is initially private, and then initialised and published — hence the term “publication idiom”. This idiom is quite commonly used in concurrent code.

If you have a favourite programming book that you think is a must-read for every programmer, please do send me a note with the book’s name, and a short write-up on why you think it is useful so I can mention it in the column. This would help many readers who want to improve their coding skills.