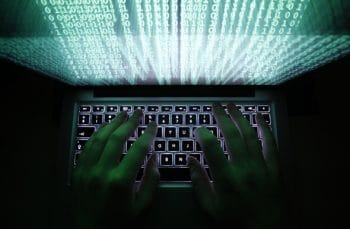 This informative article explains how the newly discovered Shellshock bug operates. It gives simple, easy-to-implement methods to reduce your systems vulnerability to it as well as minimise the harmful effects.

Shellshock is a security bug, which allows the attacker to execute arbitrary commands in the UNIX bash shell, a command line interface commonly used in UNIX and Linux distributions. This bug was first discovered by Stéphane Chazelas on September 12, 2014, and he initially called it bashdoor. It was assigned the CVE (common vulnerability and exposures) identifier CVE-2014-6271, and publicly disclosed on September 24, 2014. This article will discuss the effects of the bug, ways to test your systems vulnerability to it and also explore ways to protect yourself against attackers. Similar vulnerabilities are being discovered continuously and patches are being updated regularly.

Test your system
To test if your system is vulnerable to the Shellshock bug or not, open up a terminal (Terminal.App for Mac OS X) and type the following command:

Here, we are setting an environment variable x. The part echo vulnerable is the arbitrary command that is being executed before the actual bash command, i.e., bash -c actual command, hence giving the attacker a chance to run arbitrary commands on your system.
You can further test your system for the vulnerability (as reported by Tavis Ormandy – CVE-2014-7169) by running the following command:

The widespread effects of Shellshock
The Shellshock bug potentially affects all the systems that have bash running on them. Bash is installed as the systems default command line interface on many Linux and UNIX-based systems including Mac OS X. Based on the source code analysis of bash, about 25 years worth of bash versions since the early 1990s through version 4.3 (in Linux systems) and version 3.2.48 (in Mac OS X) seem to be vulnerable. The vulnerability might exist beyond these versions as well, based on recent reports about the patches not being entirely effective.

According to a survey by Netcraft, we can conclude that almost half the online servers are running on Apache, which in turn runs on Linux machines and would have bash installed. As a result of this, half the Internet is vulnerable to the Shellshock bug.

The most likely method to attack systems is through Web servers using CGI (Common Gateway Interface), which is widely used to generate dynamic Web content. CGI scripts can be used to execute bash commands without the need for any authentication.

The bash continues processing commands after the function definition, resulting in what is generally termed as code injection attack. The problem is that the auto-import function parser runs past the end of the function definition and keeps executing the codes. An attacker can gain access through this, and can then compromise and infect other systems on the network. FreeBSD and NetBSD have disabled auto import functions in bash version 3.2.54 onwards, by default, to prevent future vulnerabilities.

According to Wikipedia, the security firm Incapsula noted 17,400 attacks on more than 1,800 Web domains, originating from 400 unique IP addresses on September 26, 2014; 55 per cent of the attacks originated from China and the United States. By September 30, the website performance firm CloudFlare said it was tracking approximately 1.5 million attacks and probes per day related to the Shellshock bug.

Updating bash
In order to reduce your systems vulnerability to Shellshock, you can update bash in the OS you are using. Heres how you can do so.
Build bash from source on Mac OS X
Here Ill show you how to rebuild bash from source on Mac OS X, as the patch released by Apple Inc is not entirely effective against some of the vulnerabilities.
Note: Make sure your Mac has Xcode and Xcode command line tools installed.

Open up Terminal.App and type in the following commands.
(i) To download the bash tarball and apply patches:

(ii) Rebuild bash: After applying the patches in the bash-3.2 folder, we move up to the bash-92 folder and build the source:

(iii) Back up and update default bash: Now let us check the version of the bash we have built, take a back-up of the old bash, and replace the latter with the built version of bash.

You can also add a chmod a-x to the backed-up version to prevent it from being used, instead of the newer version:

Update bash on Debian-based systems (Ubuntu, etc)
Ubuntu/Debian users can easily update bash through the official repositories with the help of apt-get:

You can also run the following command in a terminal: