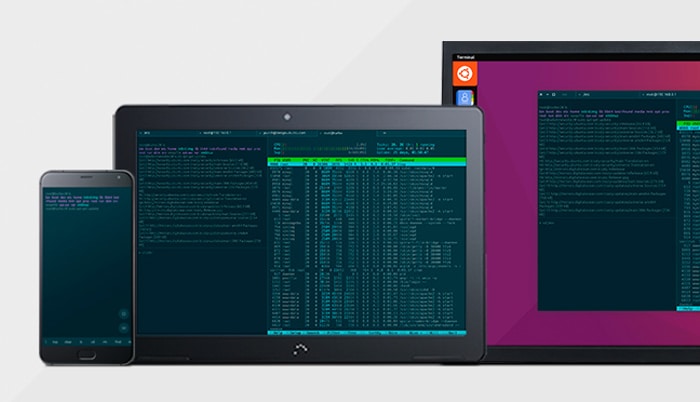 Canonical has announced that it is in plans to upgrade the existing Terminal app on Ubuntu platform. The software company is exploring some new ways to improve the user experience of the Linux-based app and tweak its visuals to ease the interface on smartphones as well as tablets.

To offer the Linux shell on Ubuntu Touch devices, Terminal app debuted as a project. Although the app initially had several limitations over a full-fledged shell experience on Linux desktops, Canonical is now on a move to make it “pleasing” for developers.

“We have been looking at ways of making the Terminal app more pleasing, in terms of the user experience, as well as the visuals,” writes Jouni Helminen, lead designer for Ubuntu Touch, Canonical, in a blog post.

Canonical is deploying its Suru visual language to the app to enhance its interface. Additionally, there is a proposed Solarised palette as the default palette and window transparency option.

Similar to Terminator, the Ubuntu maker is providing an ability to split the screen either horizontally or vertically. There are keyboard shortcuts to deliver quick responses. Further, the app is set to offer native options to customise palette colors and provide limitless history and scrollback access and a ‘find’ action for searching the history.

Canonical is also planning to provide different tabs and a split screen functionality that both can be accessed through some keyboard shortcuts or by focusing with a mouse or touch to move the focused panel.

For enabling an auto-correct dictionary, a team under the leadership of Helminen is in talks with some on-screen keyboard developers. This will particularly uplift the mobile terminal user experience through a virtual swipe keyboard.

Canonical confirmed that all the new changes would available to the community-developed Terminal app, which is presently featuring on smartphones and tablets. Moreover, the company is calling experienced QT/OML developers to lead the implementation of the tweaks.