Tool developer, Rene Lergner aka Heathcliff74 announced that source code for WPInternals is now present at Github for users to modify and bug fix 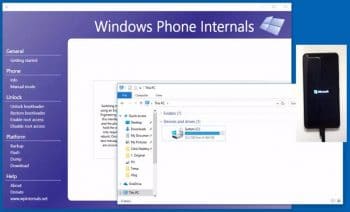 Explaing the reason behind open sourcing the Windows Phone Internals, Lergner wrote on his website:

“I uploaded all the source-code of Windows Phone Internals to Github. I also created some tooling which helped me developing Windows Phone Internals. I will upload this to Github too somewhere soon. I will still do some development, but don’t have much time for it lately. So I hope other developers and hackers can contribute too. If Microsoft will ever release a Surface phone, I will have a new challenge and work on that.”

Earlier in 2018, Windows Phone Internals got its first update since 2015, allowing it to work on all Windows Phone 8 and Windows 10 Mobile-based Lumia devices.

The tool itself basically automates the processes required to unlock the bootloader on any Lumia, disabling security features that would normally prevent you from gaining root access. Once root access has been achieved, you can do things like flash custom ROMs, create full device backups, and use your Lumia in Mass Storage Mode. The tool has also opened up space for developers to cook up some interesting (if questionably useful) hacks, like getting Windows 10 on ARM working on Lumia devices.

Interested developers can check out the source code of Windows Phone Internals at GitHub.