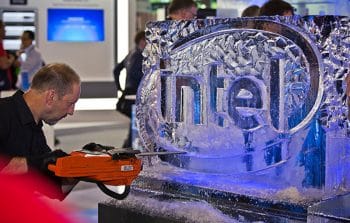 The new contributors to the OpenSDS project will help accelerate the project’s evolution, including development of flash management, and the adoption of NVMe and NVMe over Fabric in cloud native environments.

The OpenSDS community also announced the release of Bali, the 2nd version of its open source software for software-defined storage control.

On-premise Ceph S3 object is in development and will be available as an update to the Bali release, the community said in a press release.

Click2Cloud, a cloud migration technology company with having expertise in cloud comparison, CMP, infrastructure automation and cloud migration, is a multinational corporation incorporated in the state of Washington.

GMO Pepabo, Inc. is a Tokyo and Fukuoka-based technology company which focuses on consumer-targeted Internet services, whereas KPN is the leading supplier of telecom and IT services in The Netherlands.

IIJ (Internet Initiative Japan), Japan’s first ISP, believes that the collaboration with OpenSDS will help to accelerate the modernization of its data center.

Meanwhile, Intel is looking forward to working with the OpenSDS community to drive the project’s evolution and adoption.

“We are excited to welcome so many leading global organizations into the OpenSDS project to help deliver on our vision of a vendor neutral intelligent data storage management framework for the cloud era,” said Steven Tan, OpenSDS TSC Chairman, and Vice President and CTO of Cloud Storage Solution at Huawei.

“Bali multi-cloud is another step in our path to offer end users the freedom to choose services that best suits the needs of end users,” he added.

Rakesh Jain, OpenSDS TSC vice-chair and Senior Researcher & Architect at IBM, said that their objective in the next releases is to further place OpenSDS in the modern storage hierarchy, in particular with NVMEoF.