NGINX now becomes a business unit within F5, led by Gus Robertson. The company said it will continue to support the open source community. 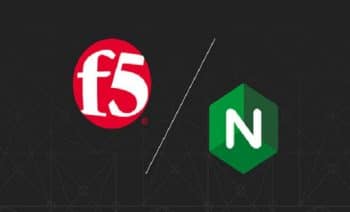 F5 Networks, a global company that specializes in application services and application delivery networking (ADN), announced on Thursday that it has completed the acquisition of NGINX. The deal was closed at $670 million.

NGINX specializes in open source software-based application delivery. The company’s software powers more than 375 million websites, including for some well-known brands such as Netflix, Starbucks, and McDonald’s, according to NGINX.

“We are now officially part of F5. NGINX is becoming a business unit within F5, led by Gus Robertson. We will continue to focus on our existing open source projects and commercial products,” NGINX said in an official statement.

Nearly all NGINX employees will join F5 to run the NGINX business from its headquarters in San Francisco, along with new colleagues from F5. NGINX has about 250 employees today.

“We plan to accelerate NGINX Controller development. Now that we’re one company, the F5 and NGINX engineering and product teams will work closely and collaboratively,” he said.

Integration of NGINX and F5 technologies being planned

The companies are planning to integrate their product lines, along with ideas for new NGINX products.

Meanwhile, through this acquisition, F5 is looking to accelerate its “software and multi-cloud transformation.”

F5’s CEO François Locoh-Donou said, “Together, F5 and NGINX could bridge a divide—between applications and infrastructure and between the developer and operations.”

(With inputs from CRN)