Home Audience Developers InnoDB and MyISAM: How to Choose Between These Storage Engines 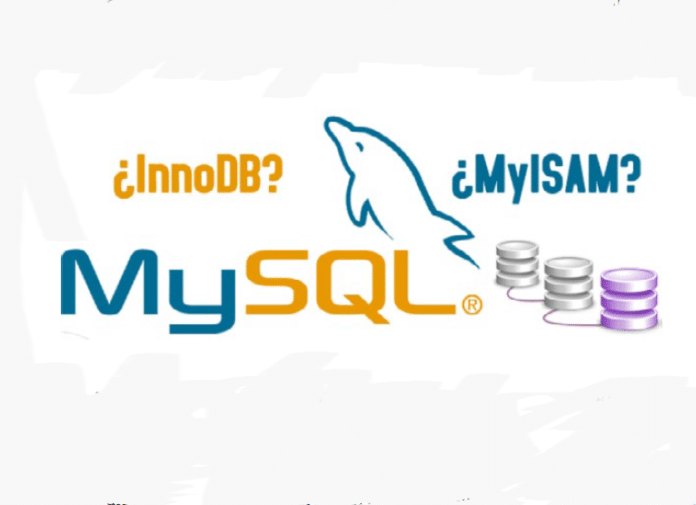 Storage engines are the underlying software components of MySQL databases. They handle the SQL operations on various tables in the database. InnoDB and MyISAM are two of the many storage engines powering various databases. Each has its strong points and its weaknesses. Discover more about them in this article.

MyISAM and InnoDB are two popular storage engines. In a database management system (DBMS), a storage engine is the key software used to manipulate data by using the CRUD (create, read, update and delete) operation. The storage engine used by the database is vital to its performance, and particularly, its tables. Various storage engines provide better performance in certain situations, compared to others. For normal use, there are two competitors to be considered–MyISAM or InnoDB.

MyISAM is the default MySQL storage engine (prior to the 5.5 version) and InnoDB is an alternative engine built into MySQL intended for high-performance databases. In order to understand the differences between the two storage engines, we first need to learn more about each one of them.

An overview of MyISAM
MyISAM is the default storage engine for the MySQL relational database management system versions prior to 5.5, and was released in December 2009. It is based on the older ISAM code. Each MyISAM table is stored on the disk in three files (if it is not partitioned). The files have names that begin with the table name and have an extension to indicate the file type. MySQL uses a .frm file to store the definition of the table. However, this file is not a part of the MyISAM engine, but a part of the server. The data file has a .MYD (MYData) extension. The index file has a .MYI (MYIndex) extension.

The advantages
1. Simple to design and create, MyISAM is better for beginners. Users need not worry about the foreign relationships between tables.
2. Faster than InnoDB on the whole, as a result of the simpler structure, and hence results in much lower costs for server resources.
3. Full-text indexing.
4. Especially good for read-intensive (select) tables.

The disadvantages
1. No data integrity check (e.g., relationship constraints), which then becomes a responsibility and overhead of the database administrators and application developers.
2. Doesn’t support transactions, which is essential in critical data applications such as that of banking.
3. Slower than InnoDB for tables that are frequently being inserted into or updated, because the entire table is locked for any insert or update.

An overview of InnoDB
Since the release of MySQL 5.5.5 in 2010, the InnoDB storage engine for the database management system became the default storage engine in MySQL. It comes with the standard ACID-compliant transaction features, along with foreign key support (declarative referential integrity). It is included as standard in most binaries distributed by MySQL AB, the exception being some OEM versions.

The advantages
1. InnoDB should be used where data integrity is a priority because it inherently takes care of this aspect with the help of relationship constraints and transactions.
2. It is faster at write-intensive (inserts, updates) tables because it uses row-level locking, and only holds up changes to the same row that data is being inserted
in or updated.

The disadvantages
1. Because InnoDB has to take care of the different relationships between tables, database administrators and scheme creators need to spend more time in designing the data models, which are more complex than those of MyISAM.
2. Consumes more system resources like RAM. It is recommended that if there is no substantial need for it after the installation of MySQL, the InnoDB engine be turned off.
3. No full-text indexing.

The differences between MyISAM and InnoDB
The main difference between the two is support for ‘referential integrity’ and ‘transactions’. Other differences are based on locking, roll-backs, and full-text searches.
Referential integrity: This ensures that relationships between tables remain consistent. For example, if a table consists of a foreign key that is pointing to another table, then any updates, deletions or changes occurring in the pointed table must cascade to the linking table. InnoDB is a relational DBMS (RDBMS) and thus has referential integrity, while MyISAM does not.

Transactions and atomicity: Data in a table gets manipulated by using DML (Data Manipulation Language) operations like UPDATE, INSERT, DELETE. This means that any modification done by two or more DML statements should be handled as a single unit of work, so that either all the changes are applied or none are. MyISAM does not support transactions whereas InnoDB does. If any operations are interrupted while in progress, then operations get aborted and the rows that get affected will remain affected. InnoDB has the atomicity feature, so rows that get affected will be rolled back.

Locking table: If a query runs on a MyISAM table, then the entire table gets locked. Any subsequent query will not run if the previous query is not finished. In InnoDB, on the other hand, only the rows being used by the current running query are locked. The rest of the table can be used for subsequent queries.

When to use one or the other
InnoDB works well on any site with a DB that is frequently being modified (rather than MyISAM) by resolving table-locking bottlenecks. However, MyISAM performs better than InnoDB when using large tables that require vastly more select operations than any other DML operations. This is because locking the entire table is quicker than figuring out which rows are to be locked in the table. The larger the table, the more time it will take for InnoDB to figure out which rows are not accessible. On the other hand, InnoDB performs better when data within tables changes frequently. If a table changes write data more than read data per second, then InnoDB can keep up with large amounts of requests more easily than locking the entire table for each one. If your database uses foreign key constraints or if it needs support for transactions (i.e., when modifications are being done by two or more DML operations handled as a single unit of work, either all the changes are applied or all of them are reverted) then you can choose the InnoDB engine. Another difference is concurrency.

When using MyISAM, a DML statement will obtain an exclusive lock on the table and while that lock is held, no other session can perform a SELECT or any other DML operation on the table. Second, if you are working with small volumes of data that is static, then MyISAM can have a performance advantage over InnoDB. If your data is getting updated, but infrequently, MyISAM has an advantage over InnoDB. But when to select one over the other is a subjective decision as neither of them is perfect in all situations. There are advantages and disadvantages to both storage engines.

So, we can conclude that InnoDB is more suitable for data critical situations that require frequent inserts or any DML operation on the DB. MyISAM, on the other hand, performs better with applications that have static data. It doesn’t depend on data integrity and mostly uses the SELECT operation to display the data.