Home Audience Developers Do You Have a Strategy to Manage Open Source Risks in Web... 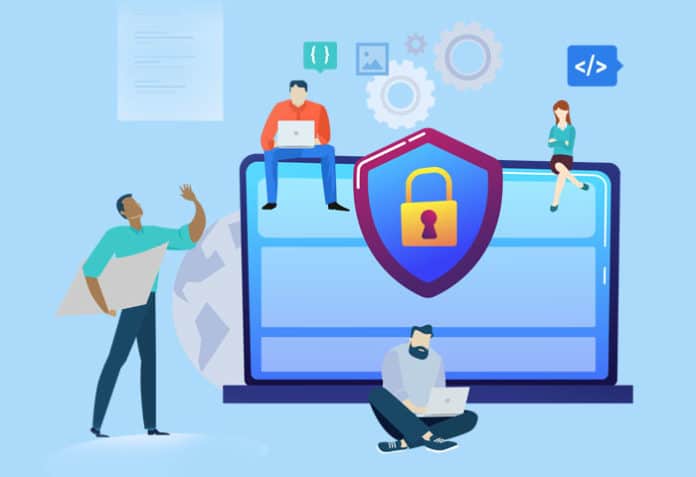 As per an IDC report, every organisation is a software company today. Staying competitive depends on how fast your business can transform, and embrace new tools and technology. For high-performing organisations, this means open source software is now a matter of ‘when’, and not ‘if’ it should be employed. But there are risks involved in the use of vulnerable open source software components which, thankfully, can be managed easily with the right strategy.

use of open source components has become an integral part of software development today. A key advantage is the significant reduction in cost and time of development, which frees up engineers to focus on deeper challenges of their products while accelerating the time to market. With the Covid-led digital transformation of businesses, the adoption of open source software is going to increase all the more.

While use of open source software brings benefits and opportunities, it has risks and challenges too. An important challenge that comes along is the security of these components and, eventually, the security of the products that make use of them. For example, a new critical vulnerability, named Log4Shell, was recently disclosed in a few versions of the worldwide popular Log4j library exposing many applications to potential attacks.

The widespread use of open source components requires that we take a more proactive approach to open source management to make sure the software products that we are building do not contain vulnerable components. As these security vulnerabilities are disclosed publicly, they are easily exploitable. The OWASP’s Top Ten list of Web application security risks was updated in 2017 to cover this risk; it has now moved up the list and is referred to as ‘Vulnerable and Outdated Components’.

Managing open source risk in applications
One might say that the easiest way to reduce the risk is to avoid using components created by others. This could be the safest option, but it’s quite unrealistic today as it deprives one of the large pool of ready-to-use components that can foster the speed of development, which is paramount to stay competitive.

In view of this, it is important to implement a good open source strategy to set and enforce policies that are automated throughout the SDLC. Tools and methods should be put in place that can automatically discover open source dependencies (direct as well as transitive) in applications, cross-check them against published vulnerabilities, trigger alerts when risks are identified and even block the release!

Elements of an open source management programme
A few key elements for building effective processes and strategies for safe consumption of open source are shared below.

a) It is important that when you pull new dependencies, pick them only from official sources through secure channels.

b) Check online resources to see if there are any published vulnerabilities. However, the information about vulnerabilities might be hard to find at one place, which makes it difficult for developers to detect components with flaws.

c) One way of ensuring the above and regulating the undesired usage could be to disable the direct access to public repositories and build your private central repository of only approved components. The applications can pull dependencies only from this private repo, and any new dependency addition must go through a security review and approval process.

Identify affected components: There is a possibility that a component was carefully chosen, but a vulnerability got identified and reported sometime later. Also, there would be existing and legacy applications that were built when this system was not in place. So, applications must be continuously scanned to know if the open source components that are already a part of your inventory and products contain any vulnerabilities. This can be automated through the use of various commercial or open source tools. Many of these support a wide range of languages and help not just identify but also categorise the vulnerabilities as per the severity.

Prioritise and fix: With thousands of new vulnerabilities disclosed every year, the scan report will give you a long list of issues to fix, especially when you scan your projects for the first time. You need to understand the severity of vulnerabilities to see which ones are the most critical for you. Many tools help classify issues using established methods and parameters like CVSS, CWE, etc. Issues that have high severity scores, easy exploitability and an available fix could be addressed first. Besides this, one must factor in the business impact of a vulnerability such as the possibility of an SQL injection, any kind of financial data threat, PII (personally identifiable information) leakage or IP loss, and prioritise accordingly. Each application is different and so is the associated risk.

As these are publicly disclosed vulnerabilities, the fixes usually involve an upgrade to a higher version of the dependency. They will be easier to fix if upgrades don’t break the existing functionality, but sometimes there could be a major version upgrade which might require bigger changes. Similarly, some fixes may require customers to download a new release, and you may not want to bother customers with too frequent updates. And sometimes the affected components might no longer be supported or have reached end of life, which will require switching to an alternative component that is actively developed or build one in-house. Taking all of this into account, one can prioritise in a way that there is balance between the pace of development and protection against critical issues.

Build pipeline integration — shift left: Implementing measures at the right stage of the product development life cycle is important too. Finding and fixing at a very late stage can cause significant delays in release and increase the project cost. Most of us already have CI/CD pipelines in place to automate the build, test and deployment process. These pipelines can be leveraged to plug vulnerability detection and accelerate automated scanning, find issues early and often, and control the process from a single place. Build-wise scan reports are also available, and builds with critical vulnerabilities can be flagged or even blocked. There can be IDE integrated scans, too, to get an early feedback.

Continuous monitoring: While some projects remain in active development and get continually scanned at the CI/CD security gate, those less updated might have latent vulnerabilities that remain unidentified for a long time. By having a process to run periodic scans on repositories we can constantly check for new vulnerabilities and contain the risk.

By implementing a good open source management strategy, which ensures continuous monitoring and remediation that pervades the entire development life cycle, we can optimise the benefits of open source and accelerate software development while minimising the potential risks.