Today, we’re releasing exciting improvements that will streamline your Codespaces experience when working with multi-repository projects and monorepos. Codespaces are instant cloud-powered development environments that aim at maximizing your productivity by eliminating set-up times regardless of the type, size, and complexity of your projects.

With our initial release, we wanted to address the most common type of projects hosted on GitHub: cloud-native applications housed in a singular repository. As organization adoption began to scale, we quickly realized we needed to support additional types of projects that required extensive workarounds. With this latest update, we’re excited to release improved support for multi-repository and monorepo projects. 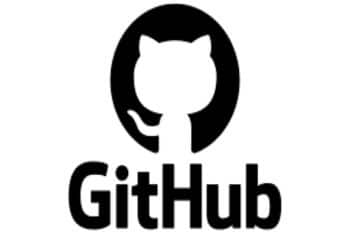 Many of you told us that you often work with a number of interwoven repositories for your projects. Maybe there is a billing service, an event service, an authorization service, and they’re all dependent on each other. When developing a feature that spans many of these services, you might want to clone and interact with each repository within your codespace.

With this scenario in mind, we have added the ability for users to configure which permissions their codespace should have on creation. This means that users will no longer have to set up a personal access token inside of their codespace to clone or create pull requests for other repositories.

Even better, you can now specify these repository permissions in your devcontainer.json under the customizations.codespaces.repositories key so that every developer is prompted for the right set of permissions while working on the project.

In the future, we plan to make it even simpler to work with microservices in Codespaces by automatically cloning across multiple services and allowing you to configure how your environment is initialized to run each repository.

If you are part of a larger organization and have many teams working in one repository, you may have wished there was an easy way to have a different codespace configuration for each team. We heard you loud and clear and are happy to announce that Codespaces now supports multiple devcontainer.json files inside of your .devcontainer directory, as long as they follow the pattern of .devcontainer/${DIR}/devcontainer.json. If multiple configurations exist, users will be able to select their specific configuration at the time of codespace creation, allowing you to better customize your codespaces to fit the specific needs of your teams.

For example, imagine your docs team works primarily in a few directories and just needs a lightweight configuration to update Markdown files. You could have a devcontainer.json that looks like the following:

This devcontainer.json runs an “onCreateCommand” script specific to setting up the environment for the Docs Team. The script in this scenario uses the permissions granted to “my_org/docs_linter” to pull in a linter repository, which is a useful tool when writing and editing documentation.

As we grow to handle more diverse project types and scenarios, we also want to ensure that we continue to provide the ease of environment creations through simple one-click experiences that don’t require you to spend undue time understanding various configuration options.

However, if you need more flexibility, we’ve created a new advanced create flow for Codespaces that allows you to select various options, such as branch, region, machine type, and dev container configuration while creating your codespace.

If you want to skip the advanced creation flow, you can easily just select “Create codespace on <branch name>,” and it will create a codespace with the default configuration.

How to get started?

We believe that these three new features will allow for larger organizations to have a smoother experience as they onboard and scale with Codespaces. Repository administrators can create multiple devcontainers, each with permission sets, setup scripts, and a codespace configuration specific for certain teams. And, developers will be able to select the ideal devcontainer, machine type, and region during codespace creation with the advanced creation flow as needed. There’s something for everyone with Codespaces!

Here are some helpful links to help you get started!