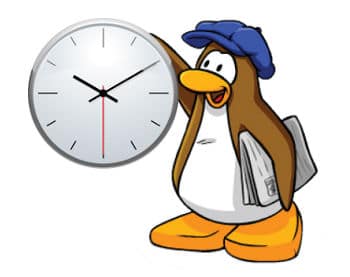 This article deals with installing RTLinux, and creating a sample real-time module that can be loaded in it.

In an RTOS, the basic idea is to assign the complete hardware resources to the application, and successfully execute it within a deterministic time. In GPOS, a process might be starved of CPU resources if a higher-priority process is scheduled. For example, your music file, playing in a media player, might be kicked off from the processor if the OS needs to service an interrupt. In GPOS, it’s hard to avoid random elements; execution doesn’t actually work on real-time deadlines.

RTOS take into consideration various mathematical formulas in order to execute the task; thus random elements in service availability, initialisation time and input parameters must be avoided, since they can seriously affect the real-time deadline of applications.

Many companies have worked on the development of different RTOS, including VxWorks, Windows CE, RTLinux and QNX. RTLinux (Real-Time Linux) is what I will be discussing in the course of this article, because it incorporates a beginner-friendly, fast and flexible architecture for providing hard real-time capabilities. RTLinux, developed by Wind River, is available in two variants:

We will use Open RTLinux, with the freedom of the GPL (which is also free of cost). RTLinux has patches for both the 2.4 and 2.6 kernel series, but I would prefer the 2.4.x version, since it’s been extensively tested, and is almost free of bugs.

Let’s discuss the architecture of RTLinux. Figure 1 shows the traditional architecture of the general-purpose Linux system, where the kernel directly interacts with the hardware. All the interrupts are intercepted by the kernel itself.

Figure 2 depicts the design of the RTLinux system. Three important aspects are displayed by the figure:

The RT scheduler schedules the kernel on the processor. The priority of the kernel is lower compared to real-time tasks, and it can be pre-empted. All hardware interrupts are intercepted by the RTLinux layer, and if it’s not for an RT task, then the interrupt is passed to the Linux kernel as a software interrupt, when RTLinux is sitting idle.

Configuring your system for RTLinux

Let’s now set about getting RTLinux running on a system. To test RTLinux, I have configured my system as follows:

Download the Linux kernel source, and the RTLinux patch. Here’s the link for my chosen kernel version, and rtlinux-3.2-wr.tar.bz2 from here.

Move these compressed files to the /usr/src directory and uncompress them (as root, but you already knew that!), as follows:

Let’s give these extracted directories shorter, easier-to-use aliases by creating soft links to them:

Apply the RTLinux patch to the vanilla kernel source, using the following steps:

You may see this error during patching:

Once again, extract the Linux source code (to revert to the original source) and then apply the modified patch, with the same commands given above.

After the RTL patch is applied, proceed through the following steps to compile the kernel:

In the configuration menu, choose the exact processor type. You can find the name of the processor on your machine by running the cat /proc/cpuinfo command. Disable SMP support, and set the version information on all module symbols. Then proceed with the following code:

Reboot your system. In the GRUB menu, you will find a new entry for the newly compiled kernel.

After this, run the commands to check the status of the RTLinux modules. First of all, you should run the regression test:

You should get [OK] for all the tests. If you get a [Failed], then it’s a fatal error; if you start RTLinux, it might crash the kernel. Something has gone wrong during the compilation and installation of the kernel.

If all tests return [OK], then run the following commands:

These will install all the modules present in the /usr/src/rtlinux/modules directory. Our own module will use only the symbols that are present in these modules.

Let’s get our hands dirty

Once RTLinux is set up, it’s ready to run a test module. To understand it better, there are a lot of examples provided along with the RTLinux patch, which you will find in the examples subdirectory. Let’s say “Hello” to RTLinux using the hello module.

This program can be found in examples/hello. The aim of the module is to execute twice a second; during each execution, it will print the message “I’m here, my arg is 0”.

Now let me explain what each part of this code does.

Executed when the code is run the first time after loading, the section of code written before the while loop tells the scheduler to assign this thread scheduling a priority of one, using p.sched_priority. It then sets the scheduler’s behaviour to be SCHED_FIFO for all subsequent executions, using pthread setschedparam. Finally, it calls the function pthread_make_periodic_np to run this thread after the given time period of 500 milliseconds.

The function *cleanup_module()* is called when the module is unloaded using rmmod command.

Then it calls pthread_cancel() to cancel the thread and pthread_join() to wait for the thread termination. This helps in freeing up any resources being used by the module.