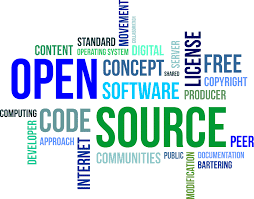 Microsoft releases an open source OS which can be downloaded from Microsoft’s Azure GitHub repository.

Microsoft has released the source code for an open-sourced operating system (OS) based on Debian GNU/Linux. The new OS runs on network switches. The software is known as Software for Open Networking in the Cloud (SONiC) and is a toolkit code along with kernel patches for bending switch hardware as per your wish.

This will help with the hardware’s functionality and applications and get rid of the need for depending on a proprietary firmware through a traditional networking vendor.

SONiC is based on the Windows giant’s Linux-based Azure Cloud Switch (ACS) operating system. ACS is also the brain behind switches in Microsoft’s Azure Cloud. The code is capable of running on various types of hardware from different equipment manufacturers and utilises a common C API – the Switch Abstraction Interface (SAI) for programming the specialist chips in the networking gear. This implies that ACS can be used for controlling and managing network devices. It can also implement features needed irrespective of who has manufactured the electronics.

Redmond, which is backed by Arista, Broadcom, Dell and Mellanox is now hoping to contribute ACS’s sibling SONiC to the OCP. This will permit organisations to pick and select their switch hardware and shape their networks as needed through Redmond’s software.

According to Azure’s CTO, Mark Russinovich, “SONiC is a collection of software networking components required to build network devices like switches.”

SONiC can be downloaded from Microsoft’s Azure GitHub repository under a mix of open-source licenses which include the GNU GPL and the Apache license.