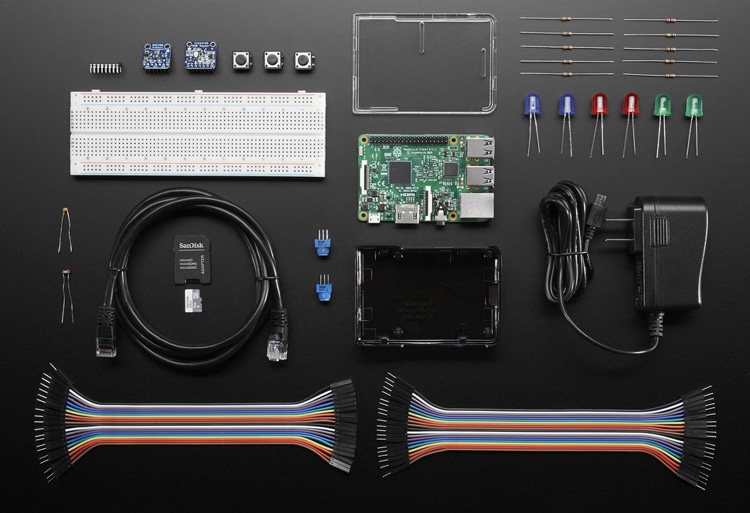 Microsoft has expressed an expansion in its love for Raspberry Pi and the developer community by launching new Internet of Things (IoT) kits. The Redmond company has introduced not just one but two latest kits to enable prototyping on its Windows 10 IoT Core and Azure.

While the first Microsoft IoT kit is the extension of its partnership with the Adafruit marketplace, the second one comes from the Grove modular electronics platform. Both the kits are compatible with Raspberry Pi 3, designed to leverage its advanced communication offerings like built-in Wi-Fi and Bluetooth support. Additionally, the kits provide direct access to Windows 10 IoT Core platform that is specifically designed for connected devices.

“We have spoken to thousands of you around the world at both commercial IoT events and Maker Faires and in many of these conversations, you have asked for better ways to get started – how to find the quickest path to device experimentation using Windows 10 and Azure. We have heard your feedback, and today I would like to talk about how this is manifesting in two new IoT starter kits from our partners,” said Steve Teixeira, general manager, Windows Partner Application Experience Team at Microsoft, in a blog post.

Particularly, the Adafruit-marketed Microsoft Internet of Things Pack for Raspberry Pi 3 is touted to result in 50 to 60 percent improvement from the original kit that was unveiled back in September last year. This new hardware comes with the same price of $114.95 that was stated previously.

The kit from Seed Studio, dubbed as the Grover Starter Kit for IoT based on Raspberry Pi, leverages a standard connector from various available sensors to simplify the connectivity to the device platform. This omits the need for soldering electrical connections.

The Seeed Kit includes modules like air quality sensors and accelerometers, information OLED displays and even a mini camera sensor. It has a GrovePi+ board and a 5-inch LCD panel.

Microsoft is selling this kit at $149.99 from its official store. However, unlike the kit through Adafruit, the Seeed kit does not include a Raspberry Pi board.

The latest development of IoT kits by Microsoft is a win-win move for both — the software giant as well as the Raspberry Pi Foundation. Last month, Eben Upton, the creator of Raspberry Pi, announced the benchmark of surpassing over 10 million units. This would be expanded with the new kits.