Home Content Basics Everything you need to know about neural networks 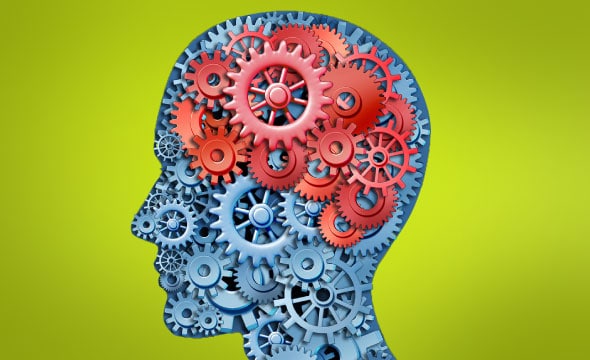 Some of our readers have requested me to cover neural networks. This topic has attracted a lot of interest and attention lately.

A single neuron is a computational unit with scalar inputs and outputs. There is a weight associated with each input to the neuron. The neuron multiplies each input by the associated weight and then sums up all the results. The result is then passed through a non-linear function whose result is the output of the neuron. Figure 1 shows a computation performed by a single neuron. The non-linear function is also known as the activation function of the neuron. The weights associated with the inputs are also known as synaptic weights in connection with the synapse in the human brain, over which electrical/chemical impulses pass from one neuron to another.

The simplest neural network is a network that contains one input layer, one intermediate layer/hidden layer and one output layer. An example of such a network is shown in Figure 2. Networks with two or more hidden layers are known as deep neural networks. A historical note on the evolution of neural networks can classify them as belonging to one of the three generations. This classification is based on the computational ability of the individual neuron used in the neural network.

The first generation of neural networks was based on neurons that were threshold gates or perceptrons. These neurons did not have a non-linear activation function; instead, their output was either 1 or 0, depending on whether the weighted sum of their inputs was above or below a threshold ‘t’. An important feature of these neural networks is that they can only produce digital outputs. However, they are capable of modelling every Boolean function and hence are universal for computation with digital inputs and outputs.

We need to mainly focus on the second generation neural networks, since large real life natural language processing applications have been built using them.

While we have so far been talking about inputs to individual neurons in a neural network, we can, in fact, treat the inputs coming into each layer of a neural network as a vector, thus simplifying the mathematical calculations. The weights of the connections between the different layers will be represented using matrices. A fully connected layer is an implementation of a vector-matrix multiplication, where the incoming input vector X is multiplied by the weight matrix W of the connections.

If you have any favourite programming questions/software topics that you would like to discuss on this forum, please send them to me, along with your solutions and feedback, at sandyasm_AT_yahoo_DOT_com.