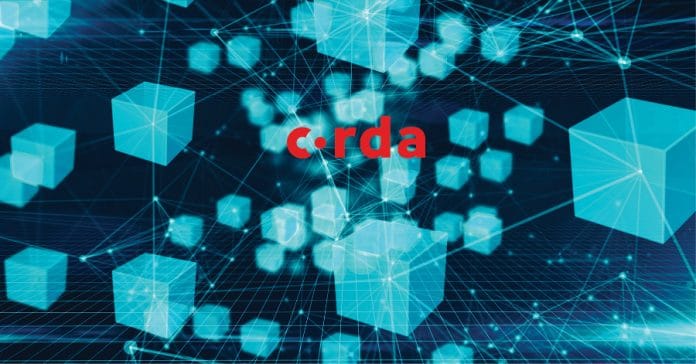 Making reliable transactions over a network is the baseline requirement of most businesses. Blockchain technology enables different parties to transact efficiently and in a verifiable manner. Corda is an open source blockchain project. Its smart contract technology allows businesses to transact safely. This article introduces you to its features.

With the massive increase in the size and nature of services that are provided through the networks, security has emerged as a priority requirement. Even as there are innumerable efforts on to improve transaction safety, the blockchain has captured people’s attention in recent times. By design, the blockchain is resistant to data modification. Primarily, the blockchain consists of a growing list of records termed as blocks. These blocks are linked using cryptogrphy. Each block in the chain holds the cryptographic hash of the previous block, a timestamp, in addition to the transaction data. The Merkle tree structure is used to represent this. Satoshi Nakamoto (true identity unknown) is the person or the name used by a group of people who conceptualised the blockchain in the year 2008.
The blockchain is used across a spectrum of domains these days, and there are many projects/platforms based on it (Figure 1).

This article explores an important open source blockchain project called Corda, which has been developed by R3 along with the participation of 200 technology and industry partners.

The primary features of Corda (Figure 2) are listed below:

A simple introduction to Corda is available in the two-minute video provided by the official Corda documentation https://vimeo.com/205410473.

The terminology associated with Corda is vast and covering the entire list of terms would be impossible in this article due to space constraints. Here are some of the most commonly used terms:

(Detailed instructions on each of these terms are available at https://docs.corda.net/key-concepts.html. Video based illustrations of these terms make it easier to understand them.)

The Corda network
Corda is a peer-to-peer network of nodes. Each node executes the Corda software and the Corda applications, which are termed CorDapps. The communication between these nodes is point-to-point and they are encrypted with the transport layer security. The core point here is that data is shared only on a need-to-know basis, which removes the global broadcasts.

The ledger
In Corda, the data is not stored in a single centralised location. Each participating node holds its own database of known facts. This creates a situation where each peer only sees a subset of facts; no peer can be aware of the ledger in its entirety.

Corda DemoBench
The Corda DemoBench is a standalone desktop application. The DemoBench makes the configuration and launch of local Corda Nodes easy. Detailed instructions on DemoBench are available at https://docs.corda.net/demobench.html.

The CorDapp
The CorDapps are Corda Distributed Applications. These apps run on the Corda platforms. The objective of the CorDapp is to allow nodes to reach an agreement on updates to the ledger. This is achieved by the flow definition, which the Corda node owners can invoke over RPC.
The CorDapp structure is similar to a set of JAR files containing class definitions coded in Java/Kotlin. The components of these class definitions are as follows.

Detailed setup instructions are available at https://docs.corda.net/getting-set-up.html.
The CorDapp can be executed in two ways. One is to execute it via the terminal and the other is to run it via IntelliJ.

Building your own CorDapp
CorDapp generally defines three items, as listed below:

The CorDapp template can be downloaded with the following code.
For Java:

Let’s take a look at a sample of the State and Flow code. A sample TemplateState.java is shown below:

A sample of FlowLogic is shown below:

The corresponding Kotlin code is also available. The complete Hello World tutorial along with instructions on how to modify and execute it is provided at https://docs.corda.net/hello-world-introduction.html .
This article has provided only an introduction to Corda. The quantum of resources available with Corda is larger. If you are interested in the blockchain, try exploring Corda for features that match your requirements.