Home Press Release LibreOffice 7.3 Community is better than ever at interoperability

LibreOffice 7.3 Community, the new major release of the volunteer-supported free office suite for desktop productivity, is available from https://www.libreoffice.org/download. Based on the LibreOffice Technology platform for personal productivity on desktop, mobile and cloud, it provides a large number of improvements targeted at users migrating from Microsoft Office to LibreOffice, or exchanging documents between the two office suites.

There are three different kinds of interoperability improvements: 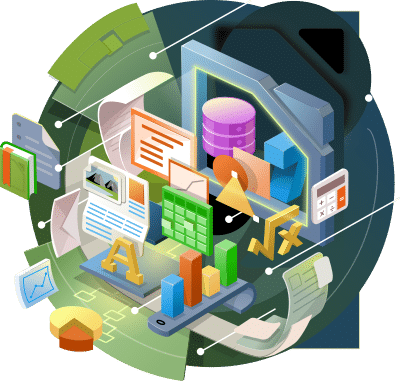 In addition, LibreOffice’s Help has also been improved to support all users, with a particular attention for those switching from Microsoft Office: search results – which are now using FlexSearch instead of Fuzzysort for indexing – are focused on the user’s current module, while Help pages for Calc Functions have been reviewed for accuracy and completeness and linked to Calc Function wiki pages, while Help pages for the ScriptForge scripting library have been updated.

ScriptForge libraries, which make it easier to develop macros, have also been extended with various features: the addition of a new Chart service, to define charts stored in Calc sheets; a new PopupMenu service, to describe the menu to be displayed after a mouse event; an extensive option for Printer Management, with a list of fonts and printers; and a feature to export documents to PDF with full management of PDF options. The whole set of services is available with identical syntax and behavior for Python and Basic.

LibreOffice offers the highest level of compatibility in the office suite market segment, starting with native support for the OpenDocument Format (ODF) – beating proprietary formats in the areas of security and robustness – to superior support for DOCX, XLSX and PPTX files. In addition, LibreOffice provides filters for a large number of legacy document formats, to return ownership and control to users.

Microsoft files are still based on the proprietary format deprecated by ISO in 2008, and not on the ISO approved standard, so they hide a large amount of artificial complexity. This causes handling issues with LibreOffice, which defaults to a true open standard format (the OpenDocument Format).

LibreOffice 7.3 is available natively for Apple Silicon, a series of processors designed by Apple and based on the ARM architecture. The option has been added to the default ones available on the download page.

LibreOffice 7.3 Community’s new features have been developed by 147 contributors: 69% of code commits are from the 49 developers employed by three companies sitting in TDF’s Advisory Board – Collabora, Red Hat and allotropia – or other organizations (including The Document Foundation), and 31% are from 98 individual volunteers.

In addition, 641 volunteers have provided localizations in 155 languages. LibreOffice 7.3 Community is released in 120 different language versions, more than any other free or proprietary software, and as such can be used in the native language (L1) by over 5.4 billion people worldwide. In addition, over 2.3 billion people speak one of those 120 languages as their second language (L2).