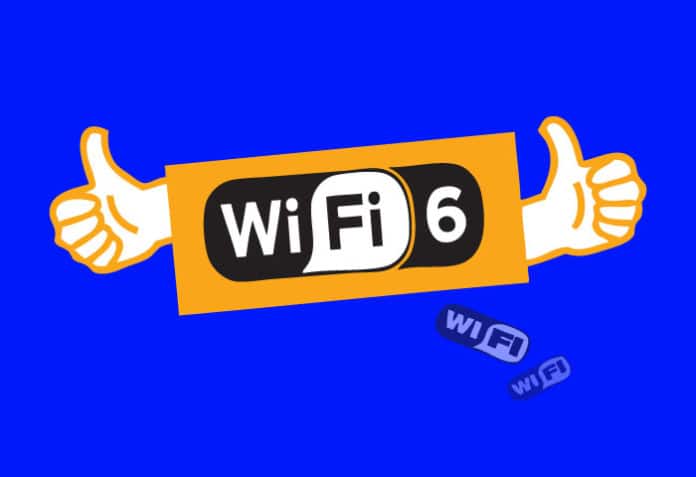 WiFi 6 increases the network connectivity, and has been developed to ensure the trillions of devices connected in the near future continue to work seamlessly and efficiently. Though it was certified in 2019, it faced a few challenges in testing due to the pandemic. This article gives an overview of this technology.

The next-generation standard in WiFi technology, termed ‘WiFi 6’, is also known as ‘AX WiFi’ or ‘802.11ax’. Developed to meet the exponential increase in demand for devices in the world, it can be used for virtual reality (VR) and smart home devices as well. It is an improvement on the current 802.11ac WiFi standard and meets current challenges in terms of capacity, efficiency, coverage and performance.

Researched in 2014, this standard was invented in 2018 and launched by the IEEE High Efficiency WLAN Study Group (HEW SG). It began certifications in late 2019, with Samsung’s Galaxy Note 10 and Ruckus R750 employing this technology. Specified to operate between the 1GHz and 6GHz bands, WiFi 6 focuses mainly between the 2.4GHz and 5GHz frequencies.

In an average household today, nine devices are connected to WiFi. WiFi 6 aims at improving the network rather than boosting the speed for individual devices.

Features of WiFi 6
Multi-user, multi-input, multi-output (MU-MIMO): This communication between routers and multiple devices concurrently. It supports four simultaneous data streams, added to which one user can have a considerable bandwidth of incoming data from a smart router, both on the 2.4GHz and 5GHz frequencies.
1024-QAM: This helps WiFi 6 encode more bits per packet. There is a 25 per cent increase in throughput. Not only does it improve efficiency in high-traffic situations, it also maximises data rates. This is a huge advantage for modern enterprise applications.
Orthogonal frequency-division multiplexing (OFDM): This allows four times as many subcarriers and increases speed by 11 per cent. The expanded signal allows for greater simultaneous packet delivery across users. Hence, the wait time between packets and latency is reduced.
Increased channel width: The 160MHz channel communication is added to the 80MHz band, thus doubling the channel width. This allows routers to handle more users and provide larger streams per user.
Target wake time (TWT): This feature is unique to WiFi 6. It allows each device to independently negotiate wake time for transmission and reception. This helps to increase total sleep time and maximise battery life. TWT enables many additional networking options, especially for IoT devices.
Improved security: All WiFi 6 devices will need to include Wi-Fi Protected Access 3 (WPA3). This will lead to encryption of unauthenticated traffic, robust password protection against brute-force dictionary attacks, and superior data reliability for sensitive information with 192-bit encryption.
Beamforming: With eight support antennas, beamforming helps to improve data rates, and the range is extended by directing signals towards specific clients at once. It offers a backup for rapidly moving devices that may face issues with MU-MIMO. Beamforming also helps to control transmissions from antennas that cause signals to interfere on purpose. The signal can then be redirected to a new direction.

Devices that support WiFi 6
Until recently, WiFi 5 was the standard used for routers, repeaters, mesh networks and many WiFi clients. WiFi 6 was launched in 2019. There will be some compatibility issues for the earlier devices that supported WiFi 5 — they will be able to utilise the WiFi 6 network but not be able to receive support for the same.

WiFi 6 routers are backward-compatible, and it is better to make sure that the network is ready for that.

The Samsung Galaxy Note 10 and Ruckus R750 were the world’s first smartphone and access point certified to support Wi-Fi 6, with the latest generation of the Apple iPhone following suit. The Wi-Fi Alliance has set up its certification programme, and new wireless products hitting the market are expected to start applying for compliance certification. The devices listed below are already WiFi 6 enabled:

Hardware testing
To unlock the full potential of the latest devices, a WiFi 6 router is needed to run the network. This was an expensive affair a few years ago, but now we have a number of options even for mesh systems, gaming routers, range extenders, and more. The best purchase can be made only when hands-on testing is done. Beating all its competitors, the current king in terms of speed for WiFi 6 routers is TP-Link Archer AX6000. This router was able to transmit data wirelessly at a rate of 1523 Mbps up to a distance of 1.5 metres (5 feet).

One important thing to remember here is that these routers do not magically increase speeds. The theoretical maximum of achieving 9.6 Gbps is unlikely. This high theoretical speed can be split up across a whole network of devices.

WiFi 6 emphasises quality connectivity in areas where connected devices are densely populated. It does not increase the speed of each device exponentially but ensures these operate at an optimum level.

Only the combination of a faster plan from the Internet service providers (ISPs) along with the WiFi 6 router, can fulfil its true potential. The real challenge is for the ISPs, as they need new fibre rollouts to capitalise on this next-gen technology. An important question is: when faster ISP speeds come, will the existing hardware become redundant?

Applications of WiFi 6
Large public venues (LPVs): Stadiums and convention centres are a few of the common areas where thousands of devices connect to WiFi at the same time. WiFi 6 can help to improve attendee experiences, increase customer interactions, and create value-added services like viewing instant replays or ordering food from one’s seat at an event. WiFi 6 allows LPV owners to create new business opportunities.
Transport hubs: Public transport stations are also an area where people attempt to connect to the network simultaneously. OFDMA and BSS colouring in WiFi 6 provide the necessary tools needed to overcome this challenge.
IoT and smart city deployments: Power efficiencies in WiFi 6 enable IoT devices to go into sleep mode and turn on their transmitters at predefined intervals to prolong field time without much maintenance.
Education: Libraries, auditoriums, and lecture halls at college and university campuses have the highest density of WiFi users during the day, and almost no one at night. WiFi 6 is a perfect choice in this situation.

Top WiFi 6 solutions providers for enterprises
WiFi 6 is targeted for areas that have many devices connecting to one network, and is more than just a collection of access points. It enables superior security and performance, centralised configuration and management, and a much higher capacity for user density.

Cisco Meraki uses WiFi 6 multigigabit technology, allowing you to optimise wireless access with faster connections, greater user capacity, and more coverage. It also includes integration benefits for organisations that have other Cisco and Meraki components on their network.

Fortinet is known for its security-centric systems. Admins can manage via a dedicated, on-premises WiFi 6 compatible controller or by using a cloud-managed service option. FortiNAC is a network access control platform that integrates into any wireless architecture options to provide access and monitoring of wireless users, as well as autonomous IoT devices.

Top Wi-Fi 6 solutions providers for homes
Deploying a Wi-Fi 6 router can be challenging, as the pricing is based on hardware specs, performance capabilities, and features. Budget Wi-Fi 6 routers — typically, bare-bones and dual-band models — range in price from US$ 70 to US$ 200. They use low-end components such as dual-core CPUs that offer low data rates, and lack features such as USB ports, anti-malware software, and multi-gig LAN ports. A high-end Wi-Fi 6 router costs more than US$ 600.

WiFi 6 whole-home mesh networking system routers come at a very economical price, and are being chosen by vendors who provide home-based solutions. It is easier and quicker to operate them when compared to adding a third-party wireless range extender to the network.

TP-Link Archer AX6000 Wi-Fi 6 router delivers speeds up to 5952 Mbps and comes with eight external antennas that provide a stronger connectivity throughout your house. Its features include band steering and airtime fairness, which direct clients to the less congested band and optimise time usage, respectively. It comes with a security system built-in for parental controls as well.

Asus AX3000 Wi-Fi 6 router has a 160MHz bandwidth and a total networking speed of around 3000 Mbps. It helps to improve the battery life of the connected devices with its power saving feature. Since it is compatible with the Asus AiMesh, it offers seamless connectivity to all corners of your house.

The challenges
WiFi 6 does not promise an increase in speed, but is an upgrade designed to make sure the speeds of our devices within a given range/area doesn’t slow down a few years down the road. There are three major challenges it faces though, which are often overlooked.
Improving the functionality of unsupported devices: Even though WiFi 6 is backward- compatible, justice to it can only be done when this technology is used to the maximum. This means devices need to be upgraded each time.

Coverage issues: Transmission and bandwidths are capped according to the regulations prevalent in each country. Hence, the coverage of WiFi 6 may be restricted to ensure this cap is met.

In spite of these challenges, companies like Aruba, Asus, AT&T, Boingo, Broadcom, Cisco, Comcast, CommScope, Cypress, Extreme Networks, Intel, Netgear, Orange, Qualcomm, TP-Link and Xiaomi are all focusing on the potential WiFi 6 has.