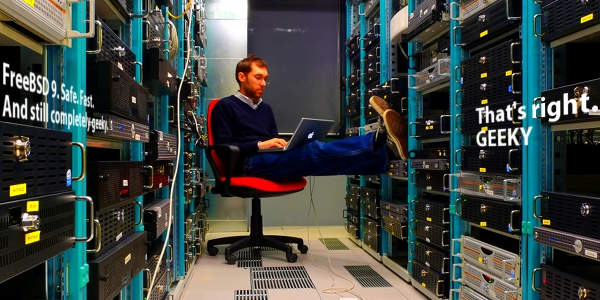 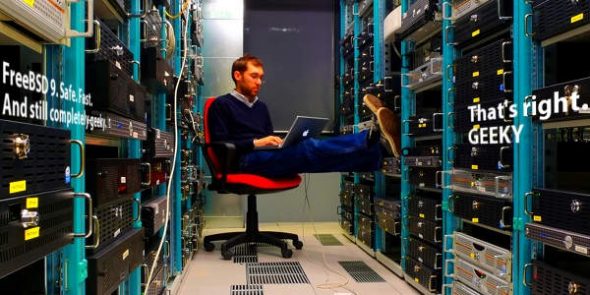 Yes, I know, we’re kind of late in getting this article out, but that’s because there was a lot of things that were added in that we were too busy playing with, to write about. Anyway, we can attest to the fact that the FreeBSD developers have suddenly become obsessed with storage and efficiency, because FreeBSD 9 takes a gigantic leap forward in that direction.

Most of the development that took place in this cycle had to do with bringing ZFS in FreeBSD in sync with the latest available open version (which is ZFS v28), improving the efficiency of FreeBSD Jails, adding support for USB 3.0 and making it all a lot faster.

Here’s what they did to the internal end of things:

One of the biggest changes that the user will see (or not — I always install my BSD systems by manually extracting the tarballs and creating config files by hand) is that FreeBSD has a new installer program called BSDinstall. Sysinstall was cool — and it’s still available for configuring the system — but all ISOs from FreeBSD now ship with BSDinstall as the default installer.

Over at the PC-BSD stable, they’ve done a few major changes too. If you’ve used PC-BSD, you’ll know that they use a package manager somewhat like Mac OS X, where they install PBI packages which are self-contained — they include all their dependencies in them. Well, PC-BSD packages can now share libraries too! And most importantly, PC-BSD packages gained support for package signing, so now the integrity of a package can finally be verified.

Also, PC-BSD is no more KDE-exclusive. You can now use GNOME, XFCE and even LXDE with PC-BSD. Which makes me wonder — the GhostBSD project was started to provide GNOME to FreeBSD. Do they have a niche anymore, now that PC-BSD makes GNOME a first class citizen?

What’s not so rosy at Free/PC-BSD is the state of graphics. Mesa has really abandoned development for almost all non-Linux platforms because all their drivers are now based on Gallium3D — which is neat and Gallium3D drivers give some really snazzy performance, but Gallium3D depends on the DRM (Direct Rendering Manager) which is as of now Linux only.

Mesa has removed all of their classic DRI based drivers, so you can either use an old version of Mesa, use the new LLVMpipe-based software renderer (which can do Gnome-shell or Compiz pretty well), or buy a nVidia GPU and use their proprietary driver (which, according to Phoronix, is the only way you’re going to enjoy FreeBSD 9 with an acceptable level of graphics performance). But for typical server workloads (which is what FreeBSD is for, hey), this isn’t much of an issue as no one’s likely to use OpenGL on a server.

That’s pretty much all, folks. Oh, yeah, FreeBSD can now do binary updates using binary diffs, so you don’t need to fetch source from CVS and do a make world just to keep your system up to date. 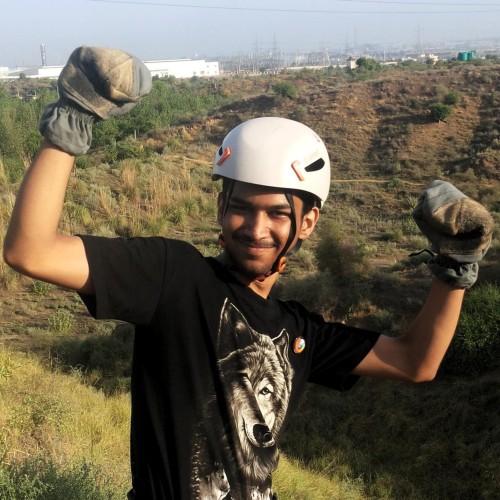