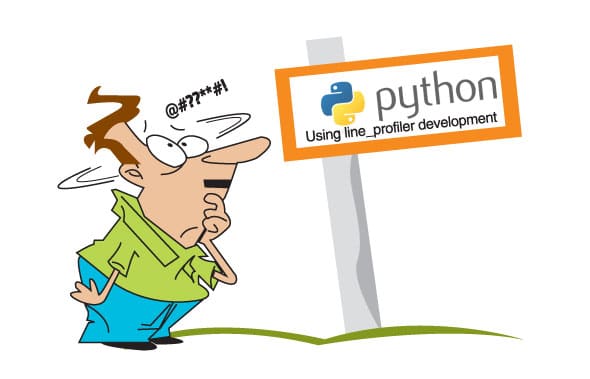 The line_profiler gives a line-by-line analysis of the Python code and can thus identify bottlenecks that slow down the execution of a program. By making modifications to the code based on the results of this profiler, developers can improve the code and refine the program. 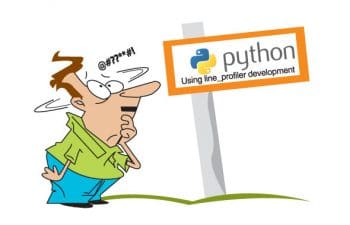 Have you ever wondered which module is slowing down your Python program and how to optimise it? Well, there are profilers that can come to your rescue.

Profiling, in simple terms, is the analysis of a program to measure the memory used by a certain module, frequency and duration of function calls, and the time complexity of the same. Such profiling tools are termed profilers. This article will discuss the line_profiler for Python.

a) For Ubuntu/Debian-based systems (recent versions):

b) For Fedora systems:

Note: 1. I have used the y argument to automatically install the packages after being tracked by the yum installer.

2. Mac users can use Homebrew to install these packages.

Cython is a pre-requisite because the source releases require a C compiler. If the Cython package is not found or is too old in your current Linux distribution version, install it by running the following command in a terminal:

Cloning line_profiler: Let us begin by cloning the line_profiler source code from bitbucket.
To do so, run the following command in a terminal:

The above repository is the official line_profiler repository, with support for python 2.4 – 2.7.x.

For python 3.x support, we will need to clone a fork of the official source code that provides python 3.x compatibility for line_profiler and kernprof.

Installing line_profiler: Navigate to the cloned repository by running the following command in a terminal:

To build and install line_profiler in your system, run the following command:
a) For official source (supported by python 2.4 – 2.7.x):

b) For forked source (supported by python 3.x):

Adding profiler to your code: Since line_profiler has been designed to be used as a decorator, we need to decorate the specified function using a @profile decorator. We can do so by adding an extra line before a function, as follows:

Running line_profiler: Once the slow module is profiled, the next step is to run the line_profiler, which will give line-by-line computation of the code within the profiled function.
Open a terminal, navigate to the folder where the .py file is located and type the following command:

Note: I have combined both the commands in a single line separated by a semicolon; to immediately show the profiled results.

You can run the two commands separately or run kernprof.py with v argument to view the formatted result in the terminal.

kernprof.py -l compiles the profiled function in example.py line by line; hence, the argument -l stores the result in a binary file with a .lprof extension. (Here, example.py.lprof)

Case study: We will use the Gnome-Music source code for our case study. There is a module named _connect_view in the view.py file, which handles the different views (artists, albums, playlists, etc) within the music player. This module is reportedly running slow because a variable is initialised each time the view is changed.

By profiling the source code, we get the following result:

In the above code, line no 213, vadjustment = self.view.get_vadjustment(), is called too many times, which makes the process slower than expected. After caching (initialising) it in the init function, we get the following result tested under the same condition. You can see that there is a significant improvement in the results (Figure 2).

Here is an analysis of the output shown in the above snippet:

Note:  If you make changes in the source code you need to run the kernprof and line_profiler again in order to profile the updated code and get the latest results.

Line_profiler helps us to profile our code line-by-line, giving the number of hits, time taken for each hit and %time. This helps us to understand which part of our code is running slow. It also helps in testing large projects and the time spent by modules to execute a particular function. Using this data, we can commit changes and improve our code to build faster and better programs.