Home Content News Raspberry Pi creator keen to get its cost down and availability up... 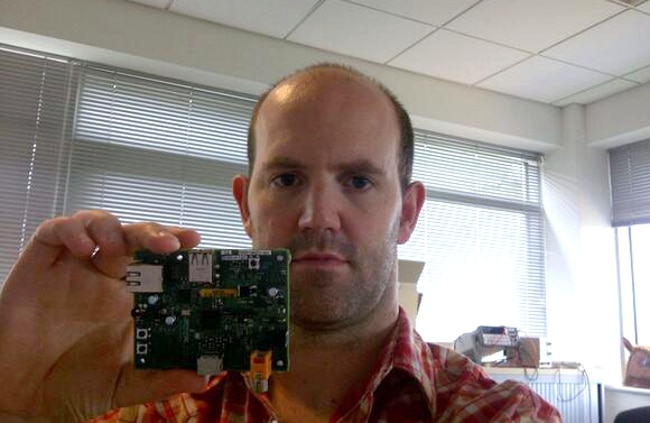 Raspberry Pi is already selling like hotcakes around the world — thanks to its affordable $35 price. But Eben Upton, the creator of the single-board computer, is intended to get its cost down and availability up in India.

Upton, in an exclusive conversation with Open Source For You, revealed that the Raspberry Pi Foundation wants to reduce the delay in introducing new Raspberry Pi models in the Indian market. He also emphasised that there are some plans to improve the cost to make Raspberry Pi a better option for embedded system developments and develop new initiatives with various state governments in the country.

“We want to see Raspberry Pi in the hands of a large number of children in India who are eager to learn computing,” Upton said. “We also want to make sure that there is appropriate education and support material in the Indian market to help those children.”

Upton unveiled the first-generation of Raspberry Pi back in February 2012 with a mission to help students learn computer science. “The mission is quite simple, and it is to give young people access to a computer science education experience. We didn’t design Raspberry Pi for the industrial control space, but it turns out to be very well designed for industrial control and the IoT world,” the 38-year-old engineer told Open Source For You.

While the first two generations of Raspberry Pi were lagging behind due to the lack of wireless connectivity options, the new version brought a built-in solution for Bluetooth and Wi-Fi.

Upton said that there were two major reasons for opting the wireless connectivity options, namely cost and usability. “If you have a fixed hardware platform, then you can invest a lot of time, money and effort to make that platform work very well. That is what we did when adding Bluetooth and Wi-Fi support,” he added.

When asked about his views on some advanced connectivity options like NFC and LoRa, Upton explicitly said that these new features are so far just of interest to a minority. However, he admitted that the new options are quite important for the embedded community.

On the availability of Android operating system, Upton stated that it is amongst the most requested features. “I am very hopeful that Google will at some point add Android support for Raspberry Pi,” he said.

Catch the full interview of Eben Upton and read some upcoming developments about Raspberry Pi in the August issue of our Open Source For You magazine. To subscribe, visit the website today.