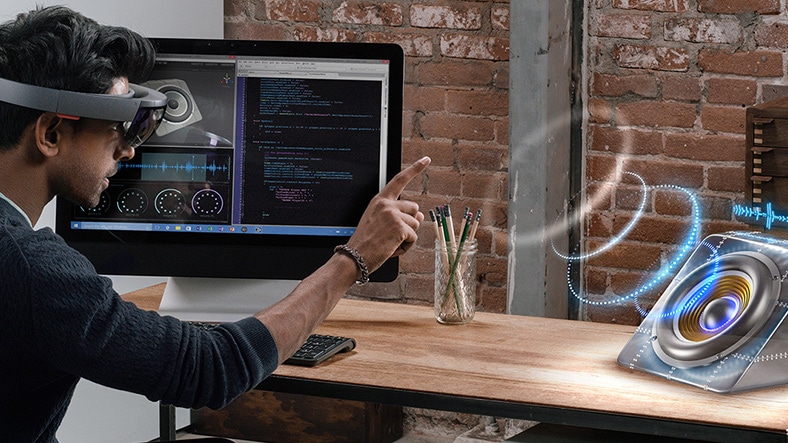 While concepts like augmented reality (AR) and virtual reality (VR) are yet to receive mass developer attraction, Microsoft is planning to shift some community interest towards its HoloLens mixed reality (MR) technology. The Redmond company has released HoloJS to help JavaScript developers build new MR apps.

Microsoft’s HoloJS allows developers to create Universal Windows Platform (UWP) apps using JavaScript and WebGL. The tool itself is designed as a C++ library and hosts Chakra to run JavaScript code. Also, it is capable of handling OpenGL ES graphics calls through ANGLE.

You can test your newly build HoloJS projects on the Windows Holographic platform that could be accessed either through the Microsoft HoloLens smartglasses or the HoloLens Emulator. To install the library, you need to have Visual Studio 2015 Update 3 on your system.

This is the not the first time when Microsoft is seeking focus from developers (read the open source enthusiasts) for its native technology. The software giant has been improving its Windows ecosystem to make a developer-friendly place. Even more, several Microsoft enterprise solutions are already available for the open source community, and the company also recently joined the Linux Foundation to support the community-backed platform.

Microsoft unveiled HoloLens in March this year. The innovative piece of technology is the Windows maker answer to Google Glass.

The developer version of HoloLens is already available to the community. It comes preloaded with multiple sensors, advanced optics and a custom holographic processing unit.