This tutorial will help you build a 2D platform arcade style game, using the PhaserJS framework, within a few minutes.

PhaserJS is a popular, free and open source HTML5 framework for game development on mobile and desktop browser platforms. It uses HTML5 Canvas for rendering and also WebGL if the device or browser supports it. It is one of the most popular and easy-to-learn game development frameworks and is based on pure Web technologies such as HTML, CSS and JavaScript. With over 15,000 stars and almost 5000 forks at the time of writing this article, it is also one of the most popular and actively maintained game frameworks on GitHub.

Thousands of developers all around the world use Phaser, as it has some great features which are listed below.

Uses WebGL and Canvas: PhaserJS uses both WebGL and Canvas internally, and has the ability to switch between them based on browser support. This allows fast and robust rendering across various mobile and desktop platforms.

Plugin system: PhaserJS allows developers to create their own plugins for their games and share them with the community.

Games created using PhaserJS depend on and require a modern browser that supports the Canvas tag, which includes Chrome, Internet Explorer 9+, Firefox, Safari and Opera. It also works on mobile Web browsers such as stock Android 2.x browsers and later, and Mobile Safari for iOS5 and later versions.

Tip: The PhaserJS framework is open source and the source code of the framework is available on GitHub. Developers/programmers are encouraged to participate and contribute to the project.

Before we start developing our game using PhaserJS, we need to install Node.js, as the PhaserJS framework is also distributed as an npm package and this makes it easy to set up the project structures to develop games.

Note: It is assumed that you have some basic knowledge of Web technologies like HTML, CSS and JavaScript. If you don’t, W3Schools (http://www.w3schools.com/) is a good place to start. The site has some great tutorials for Web technologies that are easy to follow.

Download and install Node.js (https://nodejs.org/). PhaserJS is also distributed as an npm package, so we will use Node and npm to install the PhaserJS framework.

We can install PhaserJS as a node package. Just run the following command in the terminal or at the command prompt:

This command will install the PhaserJS framework.

To run the PhaserJS project, we need to install an HTTP server. Run the following command in a terminal or at the command prompt:

This will install an HTTP server as a global module.

Testing if everything is installed properly

Create a folder for your project, and change directory to it. Run the following commands at the command prompt or in the terminal:

This will create a package.json manifest file with vital default information about the project, and will add the necessary node modules.

Now create an index.html file and add the following code to it.

Finally, start the server by running the following command at the command prompt:

The hs command will start the HTTP server. Now, load http://localhost:8080 in your browser to run the project. If you see the output screen shown in Figure 1, then you have successfully installed all the dependencies required.

I have created some assets, like the background image, game sprites, etc. You can download these from http://www.aniket.co/labs/phaser/assets.zip. We are going to use these to develop this game. This zip file consists of four asset files — the sky, the player, the platform and the ring that will be used for our game.

Create a new folder that we can call ring-collector. Move into that directory.

Initialise the folder using npm, and install PhaserJS again for this folder as well. It will pull all the necessary node_modules. Run the following commands in a terminal or at the command prompt:

Create a folder called assets and extract the downloaded assets.zip into it. Create an index.html file, and add the following code into it:

In the index.html file, load the PhaserJS framework and our game’s logic.

Now create a file called game.js in the same folder, and add the following code. I have also added comments for each line of code to explain what it actually does and why we are using it.

Here, on the first line, we have created an instance of a Phaser.Game object and assigned it to the game variable. The first two parameters in the Phaser.Game function are the width and height of the canvas that Phaser creates. The third parameter can be Phaser.CANVAS, Phaser.WEBGL or Phaser.AUTO, which are for rendering the setting you want to use for your game. I recommend that you use Phaser.AUTO, which will automatically try to use either WebGL or Canvas, based on whichever the browser supports. The fourth parameter is an empty string. Here, you can give the ID of a DOM element where you would like to add the canvas element on the page. We have left it blank, so by default it will be appended to the body element. The last parameter is an object that consists of three references to Phaser’s essential functions.

The essential functions are preload(), create() and update().

preload(): This is used to load the assets needed for our game. PhaserJS will automatically look for this function when it starts, and load any asset defined within it.

create(): This function is used to create the game scene. Here, we add the assets loaded such as the background image, platform, player/characters and other game sprites.

update(): This function is called by the core game loop in every frame. It helps to check what is happening in every frame, like if there is a collision between the player and object, score updates, etc.

Finally, you should end up with the following directory structure:

Now that we have added the code, let us start a server and see the final outcome. Run the following command in the same directory:

The hs command will start the HTTP server. Now, load http://localhost:8080 in your browser to run the project. If you see the output screen shown in Figure 2, then you have successfully created a simple 2D platform arcade style game. You can use the arrows on the keyboard to control the character and collect rings.

I have uploaded this sample project to my GitHub repository at https://github.com/aniketkudale/ring-collector. You can download it for reference.

You will also find various game physics examples and techniques at https://phaser.io/examples, which you can use in your game to make it more fun-filled. 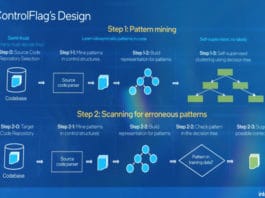 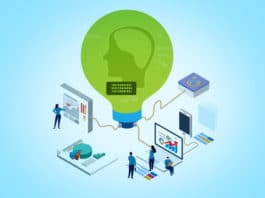 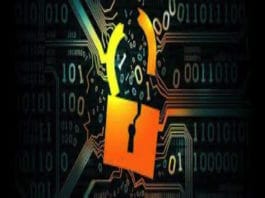