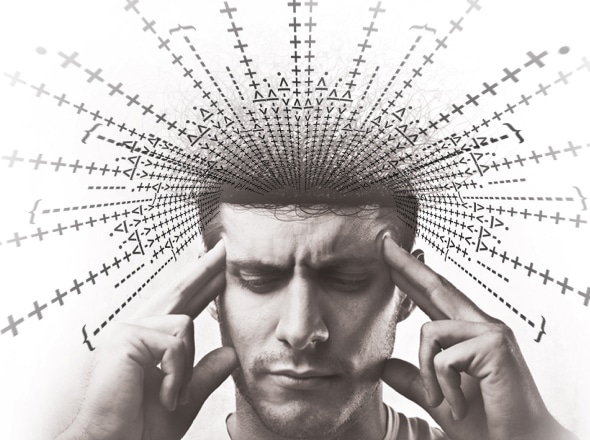 Have you ever encountered Ook! or Brainfuck? No, we are not trying to shock you, but these are actually the names of the exotic programming languages discussed in this article. Learn more about the origin, nature, eccentricities and uses of these languages with a few examples and try-outs.

The Turing completeness of programming languages

The importance and relevance of exotic programming languages

Now we know that the languages we will be discussing here are Turing complete and are worthy of being called a programming language. What about their relevance in the open source arena? In my opinion, these languages truly capture the ethos of open source program development. They neither have any commercial applications nor will they ever allow the developer to earn even a single rupee. No profit-seeking company will ever develop any of these languages. But each and every one of these languages has a small but fervent group of supporters responsible for development and maintenance. This underlines the fact that the real value of open source development is broadening the frontiers of knowledge and not just monetary benefit.

Esoteric programming languages (also known as esolangs) are Turing complete languages in which program development is done with a tiny set of tokens. These languages are created to test the patience and perseverance of potential geeks. The sheer variety of languages available is quite amazing. In this section we will discuss just five esoteric programming languages. In fact, there are more than 750 entries in the wiki page about esoteric languages. We will discuss esolangs called Brainfuck, Ook!, Piet, Whitespace and Java2K.

Brainfuck is the most widely used and popular esoteric language. But its awkward name often limits public discussions on it. The language is often called BF, Brainf*** or Brainf**k by the timid. So henceforth I will address the language as BF, which is known for its extreme minimalism. There are only eight commands and one instruction pointer in BF. A data pointer is used to point to the current cell being processed. The number of cells is theoretically infinite and all are initialised to zero. The eight commands are represented by the following eight symbols. They are:

Thus any BF program will consist of only these eight symbols.

Whitespaces are ignored by the BF interpreter. There are many open source interpreters available for processing BF. One of the most widely used interpreter and IDE for BF is an open source IDE called BFdev. The extensions for BF programs are .b and .bf. Writing programs in BF is considered a Herculean task. It is so difficult that if there is a God and if he ever lets me enter heaven, I will request him to write an operating system using BF  just as proof of his omniscience. Similarly, printing an arbitrarily large BF program might take up the whole magazine. So I will stick to a trivial task. The following is a BF program to print the text OPEN SOURCE FOR YOU on the screen.

The size of the program clearly illustrates the difficulty of writing even the simplest of programs in BF.

Ook! is not an independent programming language. It is a derivative language of BF. What makes Ook! interesting is the fact that there are only three keywords — Ook., Ook?, and Ook!. These three keywords are taken in pairs to form the eight keywords of BF. The three keywords of the language Ook! are created in such a way that they are supposed to be writable and readable even by orangutans. There are some online interpreters freely available for Ook!. The size of programs tends to become even more longer with Ook!. The following is an Ook! program to print my name DEEPU on the screen.

The program is too large for debugging and comprehension; hence, all we can do is hope and pray that the program gives the correct output. 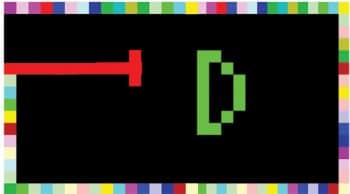 Piet is an even more bizarre esolang. The programs in Piet do not use any text-based keywords; instead, Piet uses coloured blocks as keywords. The final program obtained in the Piet language will look like an abstract painting. This is the reason why its named after the Dutch painter Piet Mondarin, who is the pioneer of geometric abstract art. The extension of a Piet program is .ppm (Portable Pixelmap Graphics), which is an open graphics file format. The most widely used IDE for Piet is the open source Piet Creator. I tried to create (the word write is not appropriate for Piet programs) a Piet program to print OPEN SOURCE FOR YOU. But after a few hours, I understood that every man has his breaking point; so I satisfied myself with printing OSFY. Figure 1 is actually the program to print the message OSFY.

But I also came to know that there are interpreters for Piet created using Piet itself. I was dumbfounded at the mere thought about such a horrendous venture. Imagine the countless agonising hours spent by those geeks to develop these types of near impossible programs. I am sure if there ever were a religion for open source developers, these guys would be canonized as saints by the devotees.

I will end the discussion on esoteric languages with Java2K. It is in no way related to the popular programming language, Java. Most of the languages we ever come across are deterministic programming languages. But Java2K is a probabilistic programming language. Every function in Java2K has two implementations, and the actual version of the function to be executed is selected at runtime, based on the values provided by a pseudo random number generator. So it is extremely difficult to write programs with relatively high accuracy. To make it even more difficult, the language uses a base-11 number system with whitespace as the eleventh symbol in the number system. Of all the five esoteric languages discussed in this section, I found Java2K the most annoying. So I leave the readers to experiment with this depressing language.

Most well known languages have their character set based on the English alphabet. The overwhelming trend in computer science is to accept the dominance of English as the principal language. This is true even for languages that were developed in non-English speaking countries. For example, Python was developed in the Netherlands and Ruby in Japan, but even these languages adopted English-based keywords. But there is a small minority of languages that use non-English characters to form their tokens. Chinese programming languages, which were developed in the 1970s, are examples of languages using non-English characters for token generation. Its interesting to know that there are programming language systems that use Indian languages like Hindi and Bengali to form their tokens. The Hindawi Indic programming system is a scalable system, which supports many programming paradigms. Hindi and Bengali C (Shaili Guru), C++ (Shaili Shraeni), OpenJava (Shaili Kritrim), lex (Shaili Shabda), yacc (Shaili Vyaaka), x86 Assembly (Shaili Yantrik), BASIC (Shaili Prathmik) and Logo (Shaili Robot) are the different languages supported by the Hindawi system. The system uses front-end compilers that translate the Hindi or Bengali code into its English equivalent, which in turn is compiled by the GCC compiler that acts as a back-end compiler. These kinds of non-English-based programming languages are very helpful to students without an English background.

This article has discussed some of the weirdest programming languages that have ever been created by humans. On the surface, it may seem that these languages are purposeless and a waste of time. But, in reality, they are useful in many different ways. They expand our knowledge of how programming languages work, they offer challenging puzzles to budding programmers and they also represent the real spirit of open source development. But the journey through exotic programming languages was slightly disappointing because none of the languages I have featured here were developed in our country. I believe that as a computing superpower we must make a contribution in every field of computing.