Network attached storage is a dedicated appliance used for file storage and sharing, which provides advanced functionalities for data storage, access and management. It gives access to files using network file sharing protocols like NFS, SMB or AFP. This article gives a brief on some of the best OSS for network attached storage.

Network attached storage (NAS) was introduced in 1983 with Novell’s early file sharing NetWare server operating system and NCP protocol. In the UNIX world, Sun Microsystems’ 1984 release of NFS allowed network servers to share their storage space with networked clients. 3Com’s 3Server and 3+Share software were the first purpose-built servers (including proprietary hardware, software and multiple disks) for open systems servers, and the company led the segment from 1985 through the early 1990s. 3Com and Microsoft developed the LAN Manager software and protocol to further this new market. Inspired by the success of file servers from Novell, IBM and Sun, several firms developed dedicated file servers. While 3Server was among the first firms to build a dedicated NAS for desktop operating systems, Auspex Systems was one of the first to develop a dedicated NFS server for use in the UNIX market. A group of Auspex engineers split away to create the integrated network appliance ‘filer’, which supported both Windows and UNIX, in the early 1990s, starting the market for proprietary NAS arrays.

Nowadays, organisations search for reliable data storage methods, which can be managed and controlled with their established network systems. NAS allows organisations to store and retrieve humongous amounts of data at an affordable price.

The main NAS components are as follows.

The difference between NAS and SAN

SAN is a dedicated high-performance network for consolidated block level storage. The network interconnects storage devices, switches and hosts. High-end enterprise SANs may also include SAN directors for high performance and efficient utilisation of capacity. Servers primarily identify SAN as local attached storage, so multiple servers can share a storage pool. SANs are not dependent on the LAN and relieve pressure on the local network by offloading data directly from attached servers.

The key differences between NAS and SAN are listed below.

Backup and recovery software play a critical role for small, medium and even large enterprises, and ensure data is not lost in case of any natural or technical disaster. Home users, too, require backup software to have a lifetime record of all their memories and documents. NAS is a one stop solution for efficient backup of data. Here are the top open source software solutions for NAS that are efficient and easy to use.

FreeNAS is open source-cum-free network attached storage software based on FreeBSD and the OpenZFS file system. It is licensed under the BSD licence and runs on X86-64 hardware. It provides a simple and comprehensive GUI to systems administrators to create a centralised and easily accessible place for data access. The GUI interface supports all standard administration features like storage pool configuration, user management, sharing options and maintenance. FreeNAS provides strong support for data integrity, anti-data corruption, time snapshotting, replication and lots of levels of redundancy like striping, mirroring, and all three levels of RAID through the OpenZFS file systems.

Openmediavault is an advanced, next-generation, open source NAS solution based on Debian Linux. It was designed by Volker Theile mainly for home and small offices, and provides an easy to use GUI solution for managing NAS storage hardware. It contains tons of services like SSH, FTP, SMB/CIFS, DAAP media server, RSync, BitTorrent etc. The software has a completely modular design and can be made more advanced with tons of features using plugins integrated into the base system, and even with third party plugins using the OMV-Extras repository.

Openfiler is a Linux based open source operating system that provides file-based network attached storage (NAS) and block-based storage area network (SAN). It enables systems administrators to create reliable, efficient and highly powerful NAS solutions managed via an easy to use browser user interface. OpenFiler supports file-based storage networking protocols like NFS and CIFS, which ensures cross-platform compatibility with Windows, Linux and even UNIX. It also helps iSCSI and fibre channel to be easily implemented in virtualised environments like VMware and XenServer.

With Openfiler’s Web based management system, systems administrators can easily create and manage storage systems using protocols such as NFS 3, SMB/CIFS, WebDAV (Web based distributed authoring and versioning), HTTP/1.1, FTP (file transfer protocol) and iSCSI. You can also configure storage using RAID levels such as 0, 1, 5, 6 and 10. Openfiler can even be integrated with authentication mechanisms such as LDAP, active directory, Network Information Service (NIS) and Hesiod for secure storage access.

Rockstor is a specialist CentOS-based Linux distribution designed for NAS and private cloud storage solutions. It is based on popular open source technologies, such as the Btrfs or B-tree file system and Docker for automating the deployment of applications inside software containers. In addition to standard NAS features like file sharing via NFS, Samba, SFTP and AFP, advanced features such as online volume management, CoW (copy-on-write) snapshots, asynchronous replication, compression and bit rot protection are supported based on Btrfs. Rockstor also provides apps like ownCloud, Syncthing, openVPN and Plex to name a few. Apps or ‘Rock-ons’ are powered by a Docker based application hosting framework. These Rock-ons, combined with advanced NAS features, turn Rockstor into a private cloud storage solution accessible from anywhere, giving users complete control of cost, ownership, privacy and data security.

The Rockstor UI is written in JavaScript, making it simple to manage everything from the Web browser. The back-end is written in Python and exposes RESTful APIs to easily extend functionality.

CryptoNAS is a Linux based NAS server designed to encrypt the drives used with it. It can turn almost any old PC into a secure NAS server. CryptoNAS supports almost all operating systems like Linux, MacOS X and other OSs that support Samba shares. It creates encrypted disk partitions using the LUKS volume; the default encryption algorithm is aes-cbc-essiv:sha256. The algorithms are also accessible directly in Linux or directly in Windows via FreeOTFE.

Note: All images are for representation only. 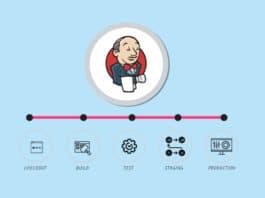 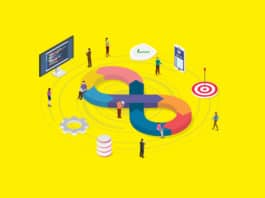