The Mozilla IoT team has relaunched its open source IoT platform ‘Project Things’ with a new name – Mozilla WebThings – along with a number of logging, alarm and networking features.

“After two years of development and seven quarterly software updates, Project Things is graduating from its early experimental phase and from now on it will be known as Mozilla WebThings,” the team announced in a blog post.

Mozilla WebThings is an open platform for monitoring and controlling connected devices over the web. It includes WebThings Gateway – a software distribution for smart home gateways focused on privacy, security and interoperability, and WebThings Framework – a collection of reusable software components to help developers build their own web things.

“The Mozilla IoT team’s mission is to create a Web of Things implementation which embodies those values and helps drive IoT standards for security, privacy and interoperability,” wrote software engineer Ben Francis.

“We look forward to a future in which Mozilla WebThings software is installed on commercial products that can provide consumers with a trusted agent for their ‘smart,’ connected home,” he added.

The new logs features enable users to privately log data from all their smart home devices and visualise that data using interactive graphs.

WebThings Gateway 0.8 also provides a new alarms capability for devices like smoke alarms, carbon monoxide alarms or burglar alarms. This means one can now check whether an alarm is currently active and configure rules to notify if an alarm is triggered while away from home.

In previous releases, moving gateway from one wireless network to another when the previous Wi-Fi access point was still active could not be done without console access and command line changes directly on the Raspberry Pi. With the 0.8 release, it is now possible to re-configure the gateway’s network settings from the web interface. 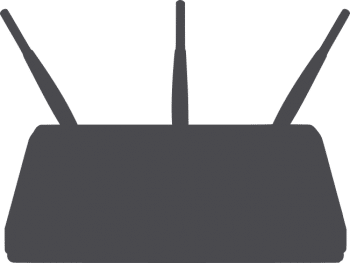 The team is also working on a new OpenWrt-based build of WebThings Gateway, aimed at consumer wireless routers. This version of WebThings Gateway will be able to act as a wifi access point itself, rather than just connect to an existing wireless network as a client, they said.