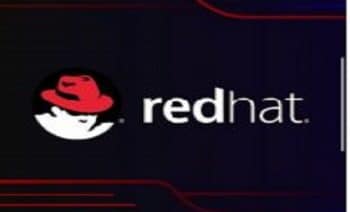 American software company Red Hat on Wednesday announced that it will serve as the steward of the OpenJDK 8 and OpenJDK 11 projects, following a transition of leadership from Oracle.

OpenJDK is an open source implementation of Java, one of the most widely-used programming languages for building enterprise-grade applications.

Red Hat has been a member of the OpenJDK community since 2007 and is one of the largest contributors to the project. In its role as steward of OpenJDK 8 and OpenJDK 11 update releases, Red Hat will work with the community to enable continued innovation in Java.

Earlier, the company had led the OpenJDK 6 and OpenJDK 7 projects.

The current version of standard Java, JDK 12, was released last month. Oracle is expected to release the next version, which will be based on OpenJDK 13, in September.

In addition to its work within individual OpenJDK community, Red Hat leads the upstream development of Shenandoah, a high-performance garbage collector that is now part of OpenJDK 12.

In December 2018, Red Hat announced commercial support for OpenJDK on Microsoft Windows. Red Hat plans to launch OpenJDK in a Microsoft installer in the coming weeks and distribute IcedTea-Web, the free software implementation of Java Web Start, as part of the Windows OpenJDK distribution.

JDK Mission Control is available as part of Red Hat Software Collections and for Windows through the Red Hat Customer Portal, enabling developers and administrators to collect and analyze data from Java applications running locally or deployed in production environments.

Mike Piech, vice president and general manager, Middleware, Red Hat, commented, “Java is in a renaissance moment. It continues to evolve and be a key component of new, emerging architectures. There is a developer hunger to bring Java into the next generation of development, and Red Hat is a leader in this movement through our involvement in the OpenJDK project. We are helping to lead the way in our efforts to enable users of JDK to have support and innovation in their existing environments. Red Hat remains committed to Java and is excited to have the opportunity to help steward the OpenJDK community.”