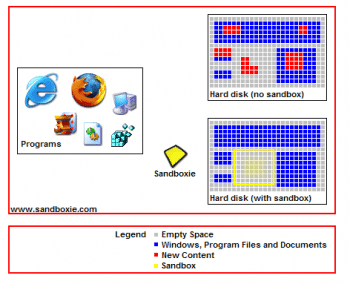 UK cyber-security firm Sophos has made Sandboxie, a sandbox-based isolation program for Windows operating systems, available as free tool. The company plans to transition it to an open source tool in the future.

On Tuesday, Sophos announced that they have turned Sandboxie into a free application – making it available for download from its official website – and said it has plans to publish its source code under an open-source license in the coming future.

The latest version, Sandboxie 5.31.4, which was released on Tuesday is the first version of Sandboxie that is available as freeware.

Why transition it to an open source tool?

“Sandboxie has never been a significant component of Sophos’ business, and we have been exploring options for its future for a while,” said Seth Geftic, Director of Product Marketing at Sophos.

“Frankly, the easiest and least costly decision for Sophos would have been to simply end of life Sandboxie. However, we love the technology too much to see it fade away. More importantly, we love the Sandboxie community too much to do that,” he said.

“After thoughtful consideration we decided that the best way to keep Sandboxie going was to give it back to its users – transitioning it to an open source tool,” Geftic added.

Until the open source transition is completed, Sophos have decided to make all restricted features of Sandboxie completely free.

Sophos acquired Sandboxie when it bought cyber-security firm Invincea in February 2017. Invincea acquired it earlier from the original author Ronen Tzur in December 2013.