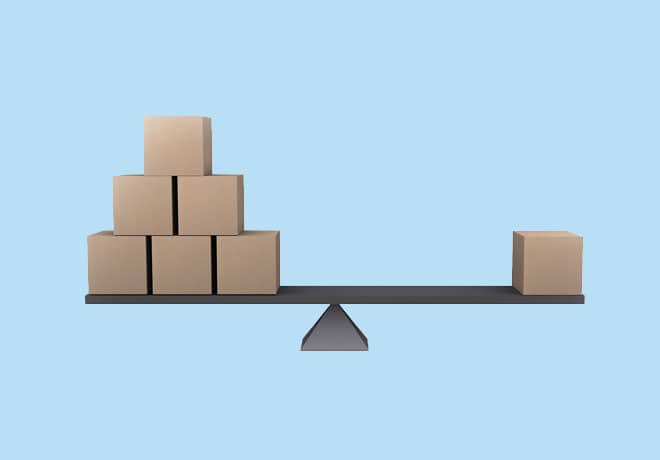 In this article, we compare the time taken and success rates while running different Rally tasks on load balancers using the providers Amphora and OVN for OpenStack, and outline the reasons for failures (if any). This can help administrators choose the right provider driver, depending on the service and resource requirements. Results have shown that OVN load balancers can be created and used in environments with low resources, while creating Amphora load balancers resulted in errors due to lack of resources.

OpenStack is a cloud computing infrastructure that manages the compute, storage and networking resources of a data centre. It also provides a dashboard to help users provision resources with the help of a Web interface. The dashboard also gives administrators control over the management of resources. Besides Infrastructure-as-a-Service (IaaS), OpenStack provides other functionalities like fault management, orchestration, load balancing and service management.

A load balancer is used to allocate resources to various tasks to make the overall processing efficient. Load Balancer as a Service (LBaaS) is implemented as a networking service in OpenStack. So it uses a port in Neutron (Networking-as-a-Service) and is assigned an IP from a subnet. Each port that the load balancer uses is specified by a listener, through which it can listen for requests. A listener is used to monitor the communications between the virtual machines and OpenStack services.

Load balancers use health monitors to divert traffic away from members (servers with specific IPs and ports) that do not respond properly. Each health monitor is associated with a pool — a list of members serving content through the load balancer.

Provider drivers are implementations that allow Octavia operators to choose the load balancing systems they want to use in their Octavia deployment. The following is a list of available provider drivers.

Amphora is used by Octavia (load balancing solution) as a default provider driver. OVN is chosen because, unlike Amphora, it does not require a VM to deploy which saves a lot of time and resources. But OVN has the following disadvantages:

The setup
The following system configuration was used in this experiment.

The following OpenStack services were used in this setup.

Nova: This is the compute service used for providing virtual machines and bare metal servers.

Neutron: This is used for providing Network-as-a-Service (NaaS) functionality between different interfaces.

Octavia: This is a load balancing solution used in OpenStack.

Keystone: Keystone is used for authentication and authorisation of users and service discovery.

Installation and configuration
OpenStack with Octavia: OpenStack is installed in the server version of Ubuntu 20.04 LTS. To install it with Octavia, DevStack is used. Here, Octavia is installed as a DevStack plugin. We create a new user stack before installing OpenStack.

This account should be able to run the sudo commands without a root password.
Since two provider drivers for load balancers are being compared, two setups are used to install OpenStack — OVN is installed in one setup and the default configuration is used in the other one. Horizon (OpenStack dashboard) and Cinder (block storage) services are disabled in both the setups to improve performance and increase the amount of free resources, since the current objective is not dependent on either of the services.

Hit Enter for all other fields after retyping the password.

Now execute the command given below:

The exit command is used to exit from the root and current user.

Upgrade the operating system by installing the latest updates and install git (to clone repositories), bridge-utils (to configure Octavia) and python-is-python3 (for setting default Python version).

Clone the DevStack repository from OpenDev:

Each service mentioned in the local.conf file is preceded with devstack@ when used as a systemd daemon. For example, the o-api service is identified by systemd (default system, PID1) as devstack@o-api.service.

Now install OpenStack with Octavia by running the following command:

In case the installation is not successful, run the following command before solving the errors and reinstalling:

Rally installation: The method that we used was our own method, which was simpler, new and error-free. It took the least amount of time and number of steps. Also, we prefer precompiled packages from the operating system’s repositories over source code, since we can remove or purge the tool without any issues or standalone installer. We can also update the tools without manually checking for a revision and avoid conflicts with the packages in the repositories. The following commands should be run to install Rally. Select ‘No’ when Rally asks to create a database.

Configuration: To configure, first create a Rally database, as follows:

The first command exports the required environment variables like OS_USERNAME, OS_PASSWORD, OS_AUTH_URL, etc, which are used by Rally and OpenStack services in general to communicate with change to ‘the latter.’

Testing procedure
The command to run a Rally task, the configuration of which is defined in a JSON file, say task.json, is:

Rally scenarios in general can be found at:

Rally jobs for Octavia can be found at https://opendev.org/openstack/rally-openstack/src/branch/master/samples/tasks/scenarios/octavia.

In case a load balancer is to be created using OVN instead of Amphora, an additional key-value pair is added in the args section to specify the provider:

Tests are conducted using the scenarios given below.

Octavia.create_and_delete_loadbalancers: Creates a load balancer for each subnet and then Figures 1 and 2 show the results of this scenario.

Octavia.create_and_list_loadbalancers: Creates a loadbalancer per each subnet and then lists loadbalancers. Figures 3 and 4 show the results of this scenario.

Octavia.create_and_stats_loadbalancers: Creates a loadbalancer for each subnet and then compares these. Figures 5 and 6 show the results of this scenario.

Octavia.create_and_show_loadbalancers: Creates a loadbalancer per each subnet and stats. Figures 7 and 8 show the results of this scenario.

Octavia.create_and_update_loadbalancers: Creates a loadbalancer for each subnet and then updates them. Figures 9 and 10 show the results of this scenario.

In Figure 1, the ‘Service-level agreement’ table shows the failure rate of the Octavia.create_and_delete_loadbalancers scenario and the ‘Total durations’ table shows the total time taken for the job and for each of the sub-tasks, i.e., the sum of times taken for creating the load balancer in each iteration (the number of iterations is five for each of the jobs run), the sum of times taken waiting for the load balancer to create in each iteration, and the sum of times taken for deleting the load balancer in each iteration. The failure rate is 100 per cent, which means that none of the iterations of the job are completed successfully. Similarly, Figures 3, 5, 7 and 9 show the results of the jobs mentioned in each of them respectively when Amphora is used and Figures 2, 4, 6, 8, 10 show the results of the same when OVN is used. Figure 11 shows the errors which occurred when running the Octavia.create_ and_delete_loadbalancers Rally job when Amphora is used. The same errors occurred when other jobs are run using Amphora. No errors occurred when OVN was used, and all the jobs were completed successfully.

Architecture and workflow
The workflow for OpenStack can be found at https://docs.openstack.org/ocata/admin-guide/common/get-started-logical-architecture.html.

The workflow for Octavia can be found as described below at https://docs.openstack.org/octavia/queens/contributor/design/version0.5/component-design.html.

Summing up
The results showed that the Rally tasks were successful when a load balancer was created using OVN but the opposite was true when using Amphora. The Rally tasks failed while using Amphora because of the GetResourceErrorStatus exception, which is caused due to less RAM and CPU cores in this case. This shows that OVN is a better option than Amphora, since resource consumption is the main consideration when creating a load balancer.