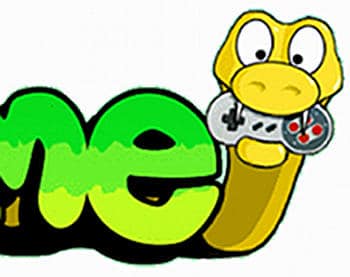 Gaming has become a major field in the computing world. It is the favourite entertainment for many users, but a challenging job for developers, because of the complexity involved. Pygame is a great set of Python modules that helps in building games with much less work. Since I’m learning about this module, I wanted to share my knowledge with you.

Earlier, developing a game was hard, because we needed to configure hardware according to the needs of the game. With the development of SDL (Simple DirectMedia Layer), developers don’t need to mess with low-level programming any more. Pygame is the Python extension of SDL, with some additional benefits.

Like SDL, it automatically covers the hardware interface, so you just need to code at a high level. It has replaced the older pySDL module. Pygame was released by Pete Shinners, under the LGPL. One of its greatest strengths is the online community. This link is worth a visit, as this community motivates programmers to build small games using this great API, through competitions and help.

Pygame should come pre-installed with Python. I am using the Ubuntu 10.04 32-bit desktop edition with Python 2.6.5. My Pygame version is 1.9.1. To check whether it is installed on your system, run the following in the interactive mode of your Python interpreter:

If installed, it will return the version of the Pygame module. If it shows an error, it has not installed. Download it and run the following steps as the root user to install it:

Beginning with a “Hello World” program is a tradition in the programming world. Let’s follow the tradition, but with some extended/advanced code. Given below is a short script, hello.py, which will display Hello World along with a background image.

The output of this program can be seen in Figure 1.


Let’s try to understand the output by following the code, step by step.

Knowledge of event handling is very important if you are creating a game. Developers must know how their games ought to respond when a user clicks the mouse button, for instance. The number of events that can occur within the game are infinite. We will cover the major events, such as MouseButtonDown, MouseButtonUp, etc., with another sample script, event.py:

The output is as shown in Figure 2.


Events are stored in the form of a queue. pygame.event.get() gives us the list of occurring events within the queue. Running the above script will display all the events that occurred within the display, with all the information about the event.

Let’s go into the details for some of the important events:

These events are used in almost every game. There are other events too, such as videoresize, etc. You can learn more about them on the Web. Pygame is of great use if you start your work from scratch — it’s worth trying out this API. I am still reading about the module in depth, so I will try to provide readers with more knowledge about it in the future. Suggestions and queries are always welcome.

Don’t forget to read the next part for more…