Home Audience CIOs The SMAC trend is here to stay! 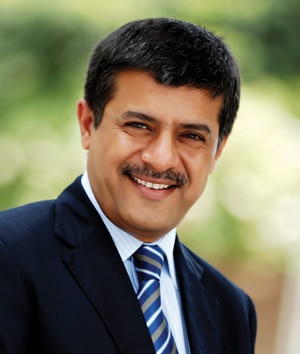 EMC Corporation recently released the findings of a survey that asked IT decision-makers in India for their perspective on ITs role as an enabler of business change due to the shift towards the mega trends of cloud computing, mobile computing, social media and Big Data. The impact of these mega trends has fundamentally changed the expectations of consumers and end users, who increasingly want to interact online, anytime and from anywhere, making IT strategically more important than ever before. The focus within the IT community has been on creating efficiencies and driving down costs. The EMC Forum Survey reveals that in India, IT is now viewed as a strategic enabler to grow business and connect better with customers. As per the survey, the top three areas where these trends will have an impact are in improving the customer experience (52 per cent of the respondents agreed to this), streamlining business functions and improving efficiencies (as per 39 per cent of the respondents), and managing mission-critical business operations (34 per cent of the respondents).
Organisations are increasingly moving to the cloud76 per cent of the respondents in the survey agreed that combining public and private clouds can improve security and agility. However, barriers will need to be overcome to achieve the full potential of cloud computing. Ninety-five per cent of respondents in India report that their CXOs consider IT as a strategic lever to grow their businessnow more than ever before. However, the top three business priorities when implementing new technologies in Indian organisations areto enhance customer experiences (as per 51 per cent of the respondents), automate processes (41 per cent of the respondents), and improve sales and marketing capabilities (38 per cent of the respondents).Seventy-seven per cent of respondents in India agree that their organisations view the increasing role of automation  such as software defined storage  as critical to business growth.
It was in this context that Diksha P Gupta from Open Source For You spoke to Rajesh Janey, president, India and SAARC, EMC, who revealed how SMAC (social, mobile, analytics and cloud) will change the way IT operates in the country. Excerpts: