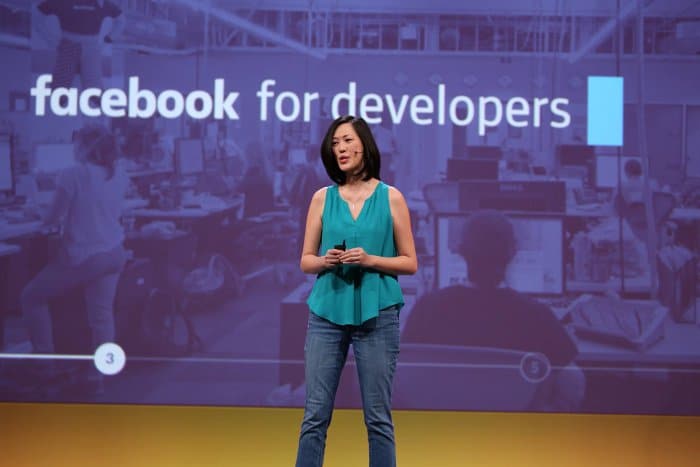 Facebook’s F8 developer conference this year brought some new open source tools that will help grow its presence. The new tools include a VR camera, Facebook Live API and a couple of developer kits.

Facebook kicked off the first day of its F8 conference on Tuesday with some new announcements. The developments announced by the Mark Zuckerberg-led company are certainly aimed to grow the presence of the social networking site but with using an all-new, open source way.

Zuckerberg began the developer-centric conference in a packed house of over 2,600 attendees by laying out a detailed Facebook’s 10-year technology roadmap. But as the time revolved, new announcements emerged.

The first open source development that Facebook brought at the conference was its first VR camera. Called the Surround 360, the new camera is designed as a “3D-360 camera system” with 17 camera sensors — 14 wide-angle sensors specifically on the horizontal position. It sports a fisheye lens on the top and two on the bottom to get a complete spherical coverage. Additionally, there is “global shutter” to capture pixels from each camera sensor in a sync.

Facebook has open sourced the Surround 360 to let developers and creators quickly develop content for different environments. However, this doesn’t mean that the Menlo Park-headquartered company is aiming to enter the camera market, at least for now.

“We do not have ambitions of getting into the camera business, but we realise there wasn’t a good reference camera,” Facebook Chief Product Officer Chris Cox stated at the conference.

Facebook already has Oculus VR that would help in expanding the new UFO-lookalike camera sometime in the future. Meanwhile, it is set to be available for a whopping price of $30,000 and hardware design as well as video stitching software code will be debuted on GitHub this summer.

In addition to the Surround 360 camera, Facebook released Live API for developers to let them create new live video solutions for its users and worldwide publishers. Facebook Live Video solutions aren’t new for some users. Public figures like Poland President Andrzej Duda, and veteran journalist Jorge Ramos used the live video streaming offering in the past to spread their words all across the globe.

However, the new release is apparently set to rival video streaming services like Google’s YouTube and Twitter’s Periscope. It would help developers make new software and hardware solutions for live streaming content directly through the social network.

Facebook’s new efforts give a glimpse at the future of the social network that was launched back in February 2004. But these are not the first move by the company. It already runs its Open Compute Project that was joined by Google last month.