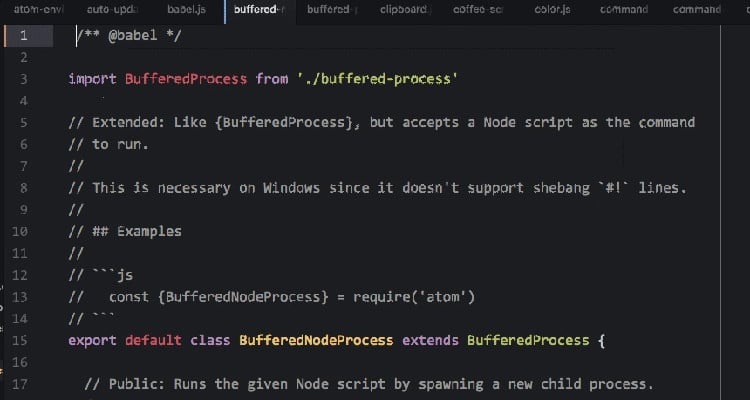 GitHub has announced a new version of its open source hackable text editor Atom. The latest version allows you to move back to the history and reach any previous state of your existing projects.

Through the newly build ‘Reopen Project’ menu item, Atom 1.13 provides you with a way to reopen your projects in their previous state. You can also utilise the feature to open any of your prior projects. Likewise, an option to clear your previous project listing is available from the same item.

Reopening a project appears in a new window on Atom editor. This helps in preserving between multiple projects.

Alongside the simple way to take you back to the history, Atom 1.13 has an upgraded version of Octicons that brings 20 new icons to the text editor. There is also a better benchmark feature to help users quantify regressions and improvements.

The API and palette command for Reopen Project feature is also made available on GitHub. There is also a custom keystroke resolver API to let you assign Chrome keyboard events to Atom-style keystrokes. In addition, the new Atom version deprecates the Shadow DOM.

In terms of improvements, Atom 1.13 brings some changes on the visuals front. You can now drag and drop to reorder the project folders. The full-width status bar helps you freely browse and navigate the project. Furthermore, the project now supports hiding the Find panel using cmd-e command combination.

The GitHub team has additionally released the Atom 1.14 beta for testing purposes. The beta version has better performance for large files through the addition of a fundamental data structure in the editor. Also, the testing build enables 64-bit installation for Windows users.