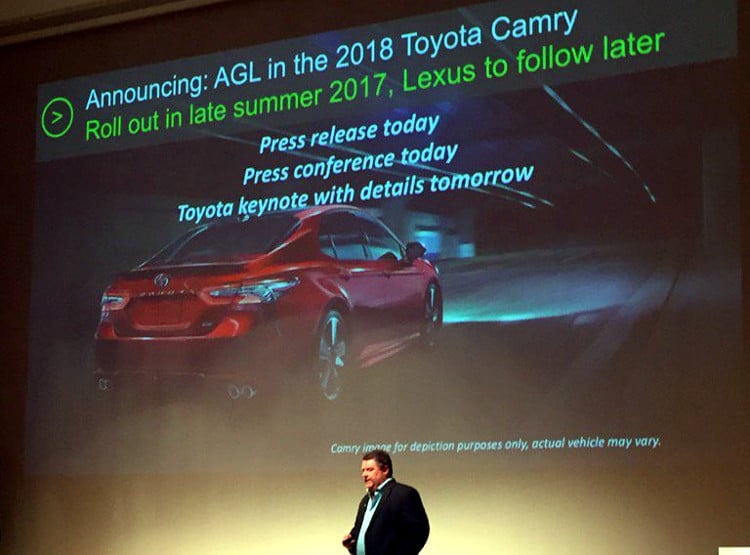 While Apple’s CarPlay and Google’s Android Auto are yet to gain traction, Toyota has given a big push to Automotive Grade Linux (AGL) and launched the 2018 Toyota Camry as its first vehicle with the open source in-car solution. The Japanese company is set to bring AGL-based infotainment platform across its entire new portfolio later this year.

“The flexibility of the AGL platform allows us to quickly rollout Toyota’s infotainment system across our vehicle line-up, providing customers with greater connectivity and new functionalities at a pace that is more consistent with consumer technology,” said Keiji Yamamoto, executive vice president of connected company division, Toyota Motor Corporation.

Hosted by the Linux Foundation, AGL presently has more than 100 members who are developing a common platform to serve as the de facto industry standard. The Linux-based operating system comes with an application framework that allows automakers and suppliers to customise the experience with their specific features, services and branding.

Automotive Grade Linux Executive Director Dan Cauchy highlights that among all the AGL members, Toyota is one of the active contributors and is a force driver behind the entire platform.

“Toyota has been a driving force behind the development of the AGL infotainment platform, and we are excited to see the traction that it is gaining across the industry,” said Cauchy.

Around 70 percent of the AGL-based platform on the latest Toyota Camry sedan is touted to have generic coding, whereas the remaining 30 percent includes customised inputs. There are features like multimedia access and navigation.

In the future, the Linux Foundation and AGL partners are planning to deploy the open source platform for building even unmanned vehicles. This model would create competition tougher for emerging players including Google and Tesla, which both are presently testing their self-driving cars.

Tech enabling entites on board

In addition to automotive companies like Toyota and Daimler, AGL is supported by tech leaders such as Intel, Renesas, Texas Instruments and Qualcomm. The open source community built AGL Unified Code Base 3.0 in December last year to kick-start developments towards the next-generation auto space.