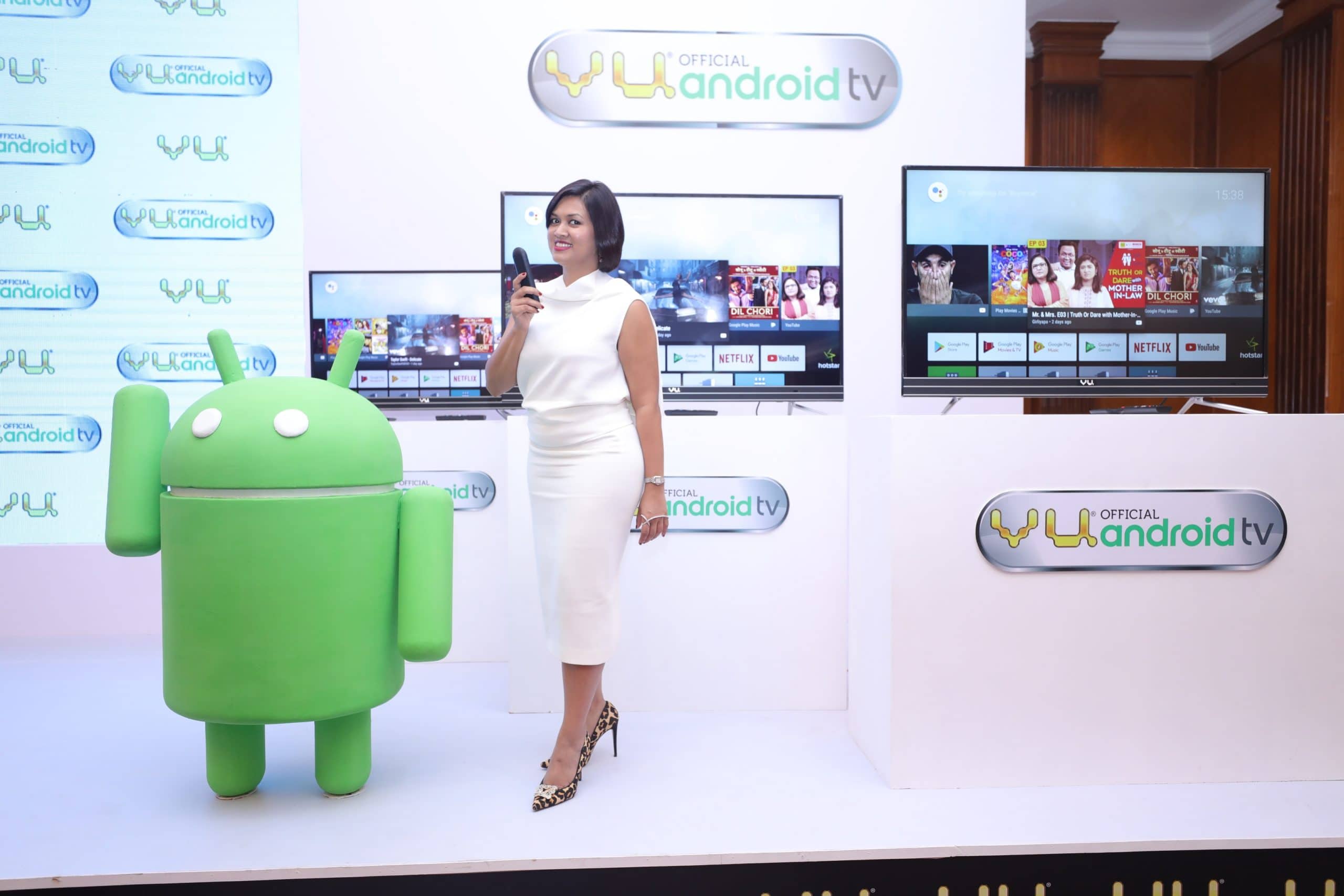 Vu Technologies has launched, the Vu Official Android TV. The 4K Smart TV operates on the latest and licensed operating system of Google’s Android 7.0 Nougat. The TV unlocks official access to the Google Play Store, YouTube, Google Games, and the complete Google ecosystem.
In addition to the company’s partnership with Google, Vu has also partnered with leading Video on Demand service providers like Netflix, Hotstar, and ALTBalaji, to provide certified VOD apps thus allowing users to access unlimited, diverse and latest content in an authorised manner.
Its ActiVoice feature makes the Vu Official Android TV unique. The ActiVoice remote helps users to seamlessly search, browse and select in 88 languages. The ActiVoice Search intelligence is also enabled to search within apps and recommend results according to a user’s preference.
The Vu Official Android 7.0 TV uses a premium A+ Grade IPS Panels developed in over 1000s of hours of testing to perfectly integrate hardware and software components. Integrated with Chromecast, the Vu Official supports mobile and desktop casting and is available in 43 inches, 49 inches, and 55 inches.
Launching the Vu Official Android TV, Devita Saraf, CEO and Founder, Vu Technologies said, “The Vu Official Android TV is built on our most advanced technology with the highest quality of hardware and software. It is a result of research and development that was undertaken for over a year followed by numerous hours of testing. We are excited to redefine and re-invent a user’s experience by introducing a pioneering and revolutionary product that combines quality picture and sound with certified and high-end technology.”
Vu Official Android allows users to access the Google Play Store to download a variety of apps, games and other content with full rights. In addition to casting from mobile devices, wireless desktop mirroring is also now possible.
Available in 43/ 49 and 55 inches this Vu TV is priced at Rs. 36,999, Rs. 46,999, and Rs. 55,999 respectively. The TV will be available for sale via Vu’s exclusive online distribution partner Flipkart.com, Vu’s flagship stores and major retail outlets starting 14th March, 2018.