Home Audience For U & Me Wondering How to Get the Most Out of Open Source? Use the... 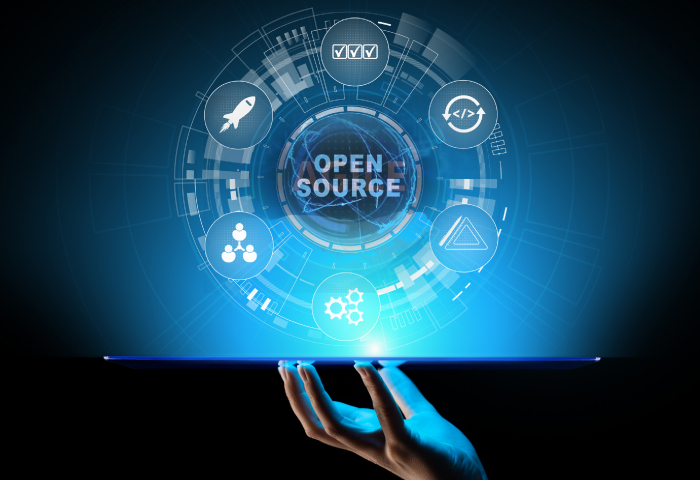 The open source service market is poised to grow at a CAGR of 24.2 per cent over the period 2021-26. It is pretty clear that the era of open source is upon us, and most businesses have realised that too. But is every business ready to reap the benefits of open source from the word ‘go’? How does one know if choosing the open source path will give the desired results? Could things possibly go wrong? Dive in to find out how you can get your organisation to seamlessly adopt open source.

Sustaining a business in the present times has taken a 180 degree turn from how things were done a couple of decades ago. Maintaining trade secrets and keeping resources limited to them was how most businesses, especially in the software industry, sought to gain an edge over competitors. Open source was a concept most lucrative businesses were least interested in, then. But times have changed, and so have the ideas around collaboration and growth. The power and unlimited opportunity open source provides has finally gained the attention of corporations, who are now striving hard to leverage it to its full potential and unleash new avenues of growth.

Especially if your organisation is largely foreign to the idea of open source, making a shift can be a daunting proposition. Does that mean you opt out? Definitely not! This is where an open source maturity model comes to your rescue.

The open source maturity process
There are a set of steps that an organisation has to follow to understand its current position with respect to adopting and utilising open source.

Complete an online survey: The first step is to take an online survey. The respondents should ideally be working across various departments within the organisation to have a broader and clearer picture of the stage they are in. This survey could include questions that would assess if, and how, an organisation utilises open source in its current operations.

Review output: Once the survey is completed, an output is generated, which gives the current picture of the organisation on the open source maturity curve. A visualisation, showing the present state of maturity, is also provided.

Current state analysis and future planning: The findings of the survey and the qualitative responses can then be used to analyse the current state the organisation is in with respect to open source maturity. Based on this, a roadmap can be created. Planning for the future is determined by interviewing the organisation and its people.

This is done keeping in mind the goals, objectives, resources and constraints of the organisation or what it could possibly encounter in the future. Most importantly, the current stage helps create the framework for mapping the appropriate future plan for the organisation to follow. It also involves determining the matrix to measure the success the organisation is poised to have in its open source journey.

Implementation: Once every aspect has been thoroughly assessed and all the frameworks are in place to ensure maximum profitability, it is time to put it all to action in the implementation stage.

The implementation stage itself is iterative, implying that reaching the highest level on the open source maturity model is not a one-time process.

These steps are repeated multiple times along the way as the organisation reaches closer to attaining a place at the top of the model. The results have to be measured time and again and analysed based on the matrix which has been defined for it, and then further refined until the organisation has reached the desired target stage.

The maturity model overview
All aspects of open source can be grouped into three core dimensions: strategy, management and usage. Within each of these dimensions there are multiple elements, which include ad hoc, aware, managed, engaged, and leading, in ascending order of maturity (Figure 1).

These three dimensions and the elements within those dimensions complete the open source maturity model. Each of these elements can be put on a particular maturity stage based on the survey responses gathered earlier.

For instance, a question on compliance and legal issues by a lawyer will have more weightage than if it is answered by a marketing person. Some survey questions also allow for qualitative inputs.

Scoring engine: After the survey is attempted by all the respondents within an organisation, the results are fed into a scoring engine, which converts the responses to each question into a number.

After collating the number from the question, the cumulative score is assigned to elements, which are then assigned to a maturity stage based on logic. So, for instance, if a number x corresponds to the maturity stage ‘aware’, it will be mapped to that stage.

Maturity model output: After all elements have their scores and have been mapped to a particular maturity stage, charts depict the current state of the organisation in the open source maturity model, indicating the maturity levels for each of the elements of the dimensions.

Finally, these survey results can be used by senior executives to make decisions on how to get from the current state to the next one.

The target state is determined by a deeper engagement with the respondent organisation. It also comes with a set of activities to help reach the target state from the current state.

Wipro has created this model based on years of experience executing open source assessments for global organisations, and contributed it to FINOS. It is available at: https://github.com/finos/osmm

Transcribed and curated by: Siddha Dhar