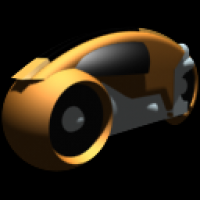 The idea is simple. You have to keep building walls and outrun your opponent by not bumping into either your wall or your opponents. While the game has options of playing against the bot, the game truely shines when it is played against a number of human players (LAN or online).

First of all, this is just a fun game. This is due mostly to the ability to “grind” on walls created by the lightcycles that ach player controls to gain speed. When grinding walls you speed up at a very fast rate, and this is what leads to the fast-paced exciting matches in Armagetron. The game is all about strategy and reflexes, and gets more fun the more people playing. As you play, you always need to be aware of where your opponents are located, always wary of one of them grinding up behind you on your own light trail and cutting you off, ending that round for you. Near the end of a round when the entire arena is full of a maze of trails is when skill comes into play as you weave and dodge through the mess, trying desperately hard not to hit them while outlasting your opponent. The games are tense, the action intense, and the skill required immense. All these factors come together in to creating a great game.

The graphics and sound are average. This game is free after all, and based after the simplistic Tron, so the graphics and sound don’t have to be that good. The sound effects aren’t numerous, but the sound of grinding opponents’ trails is realistic, and adds to the sense of speed and recklessness. The graphics are simple lightcycles and colored paths, but graphics upgrades can be downloaded from 3rd party sources for no charge, so this doesn’t matter much. 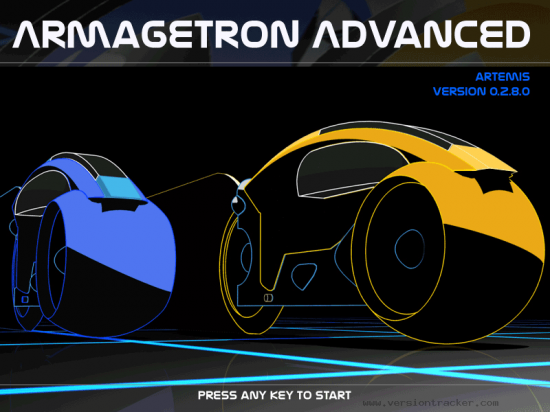 Where this game shines even more than with the gameplay is with the incredible amount of options, and the online play. Playing on LAN is fun, and adds the human element to the game more than online play, especially because it is hard to type while dodging speeding lightcycles, and it certainly is fun to crash someone then turn around and shout it in their face, but online play just has so many more options. Starting first with the regular options, the lightcycle colors can be changed, controls and hotkeys can be changed, and sound and graphics can be changed. Moving up a tier, the standard maps can be changed in size, victory conditions, teams, trail properties and various other factors can be changed. Even more advanced, and utilized online, there are different types of fundamental gameplay. There are modded races rather than deathmatches. There are matches where the objective is to shoot death beams at the opponents. There are match where you can turn 45 degrees instead of 90 degrees with a single turn, and ones where each turn sends you off twice as fast. This amount of customization is huge, and adds to the replay value immensely. Predictably, the game does get a little repetitive, but after all, it is free, and there are always more options on how to play online, so it doesn’t get too repetitive. The only problem I can see playing online is that some of the players are very advanced, so I would advise practicing against CPU controlled opponents before venturing off online just to be slaughtered by unforgiving veterans

In one word, average. But then, it is the gameplay that shall keep you immersed into it for hours at end. The quality of video shall be the last thing in mind.

While the general sound effects are nothing exemplary, bumping into the walls does sound very realistic.