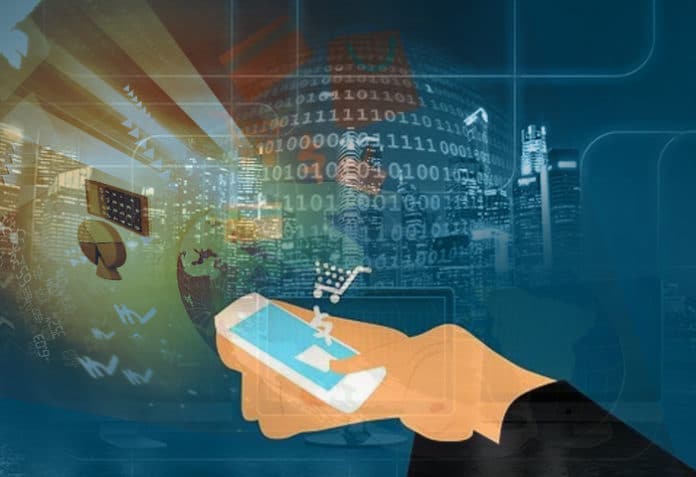 - Advertisement -
In this article, the author demystifies the business of encrypting and decrypting network traffic, and translates arcane terms such as https, ssh, sftp, etc.

Wireshark, an interesting open source network sniffer, can not only read network traffic, but can further decrypt https traffic provided you have the private key! Lets learn more about decrypting https traffic using this tool.
To keep a network traffic sniffer from revealing login credentials, secure protocols such as https, ssh, sftp, etc, are used instead of their respective clear text protocols like http, telnet and ftp. Secure protocols encrypt traffic travelling between two end points; thus all the traffic available on the network is unreadable unless and until decrypted.

To understand secure protocols, let me try to explain the basics of encryption and decryption in simple terms.

Some important points about asymmetric key encryption are:

As discussed in earlier Wireshark articles, it is definitely possible to sniff (eavesdrop) network traffic leading to compromise of sensitive information such as login names, passwords, etc. If clear text protocol is in use. The https protocol is used to guard against possibility of clear text information between client (browser) and server getting compromised.

The https protocol uses the secure socket layer (SSL) or its successor, the transport layer security (TLS) to encrypt traffic between the Web server and the client (browser). SSL, in turn, uses an asymmetric key RSA algorithm for encryption and decryption. When a user sends a browser request to an https website, encrypted communication is established as follows:

You may wonder about the jugglery involved in using a hybrid technique. This is done merely to improve speed since the symmetric key provides much faster encryption and decryption. 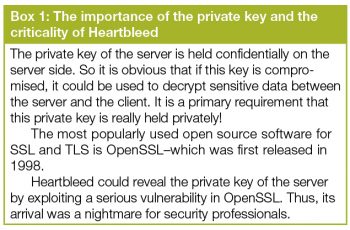 Now, we have sufficient information to understand the capturing and decrypting of https traffic using Wireshark. Start Wireshark and browse any https websiteyou will definitely notice that the data part of the capture is encrypted. To decrypt data, we must have the private key of the https server.

So, let us proceed with the following steps. This article uses VMware ESXi 5.0 as the target system to decrypt https traffic using Wireshark.
A. Enable VMware SSH:

B. Copy the private key file using the SSH command:

C. Start Wireshark, and let traffic capture begin  you may use capture filter for the VMware ESXi host.
D. Open the browser, then open the VMware ESXi https Web page and browse a few links.
E. Capture traffic and stop.
F. Now, apply the private key to the SSL traffic from this host (as shown in Figure 1): 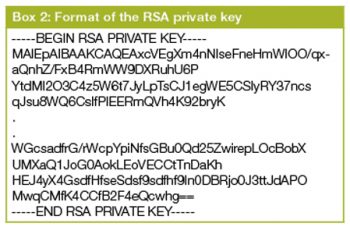 This decryption method is successful only if RSA is used to encrypt and decrypt the symmetric key  which is sent across from the client to the server via the network (in encrypted form). So is there a way out? Yes, definitely.
The Diffie Hellman (DH) key exchange method plays a vital role in ensuring the security of https. DH creates a shared secret between two systems without actually transmitting the encryption key across the wire. However, DH is only a key exchange method; it does not authenticate the server nor does it encrypt the data.

By combining RSA, which provides server authentication and DH (which enables the creation of a shared encryption key at the client and the server ends), the result is excellent protection against https decryption even if a private key is available.
RSA and DH in combination are used by various open source distros such as IPCop and OpenFiler, thus making sure that a compromised private key is not sufficient for successful decryption. 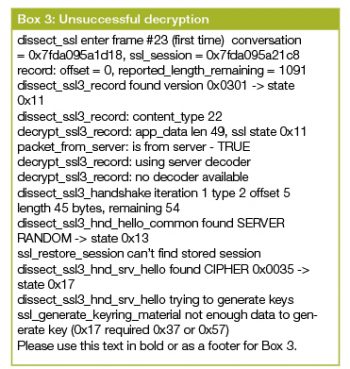 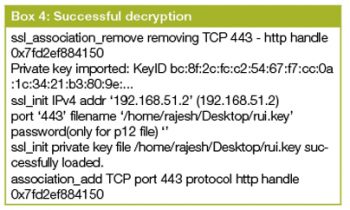 In this article, I have tried to describe various encryption techniques, DH and RSA only to enable a basic understanding of the topics. For those who want to know more, please search the Web, especially Wikipedia.

An interesting note: Websites using the https protocol are called secure websites only to the extent that the communication between browser and Web server is encrypted and, further, the server is authenticated by CA  but nothing beyond that! It does not guarantee that the Web applications or the site is secure enough. 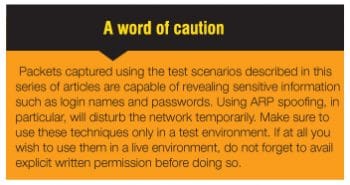 References
[1] DH with RSA: http://security.stackexchange.com/questions/35471/is-there-any-particular-reason-to-use-diffie-hellman-over-rsa-for-key-exchange
[2] One of the commercial products affected by Heartbleed was VMware ESXi (versions 5.0, 5.1 and 5.5)  its security update was released immediately. Read VMwares advisory for Heartbleed at: http://www.vmware.com/security/advisories/VMSA-2014-0006.html
[3] OpenSSL Heartbleed security notice and update instructions for Ubuntu: http://www.ubuntu.com/usn/usn-2165-1/

- Advertisement -
Previous article
Exploring Big Data on a Desktop, with Hadoop, Elasticsearch and Pig
Next article
How to Write Your First Technical Book