HomeAudienceCIOsGitHub India: The Focus is on the Community, Commerce and Country
AudienceCIOsDevelopersetcFeaturedContentThought Leaders 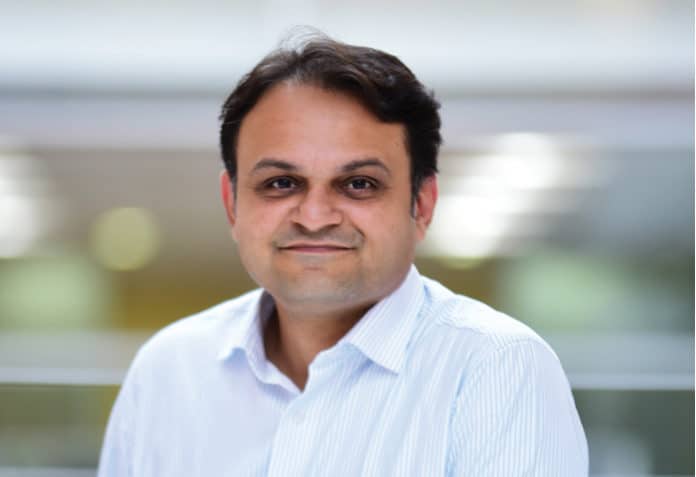 As per latest stats from GitHub, over 65M+ million developers around the world were building software on GitHub in 2020. More than 2.2 billion contributions were added in the last 12 months, and over 200M+ million new repositories were created in that year. According to Maneesh Sharma, country manager at GitHub, the focus in India is on the 3Cs – community, commerce, and country.

GitHub announced three new programmes for developers, students and startups in India, named GitHub Open Source Grants, GitHub Externships and GitHub Accelerate, respectively, at the GitHub Satellite India virtual event held in March this year. Over 1.8 million new developers have joined GitHub in India over the past year, with the community in India now totalling 5.8 million developers. The number of contributions on the platform, such as issues and team discussions, increased by 75 per cent in India compared to about 40 per cent for the rest of the world over the past year.

Maneesh Sharma, country manager at GitHub, summarises what GitHub is trying to achieve in India into 3Cs — community, commerce and country. That, he says, is the strategy GitHub has for India.

The second C in the GitHub strategy is commerce. GitHub is engaging with enterprises as they undergo digital transformation. Sharma says, “We are working on how to support not only the tech companies but also the traditional businesses that are going into more tech and hiring software engineers.”

Students are the next-generation software developers
The third C is the country. “We aim to support educational institutions and public sector initiatives to drive more open source, more coding and more software related activities. Students are the next-generation software developers. We want to support them to help them understand how they can learn coding and participate in global communities. But, more importantly, we will work on how to nurture the culture of open source in students. So that when they enter the professional world, they carry this culture with them.”

The recently launched GitHub Externships project aims to do exactly this. It gives students a chance to interface with companies in the country by facilitating fellowship programmes so that they gain skills and the ability to succeed in an enterprise.

Sharma adds, “We want to support educational institutes to help students work on real life projects. In the future, too, we plan to come up with programmes that support the 3C strategy.”

Activity on GitHub went up in the pandemic
During the pandemic, there has been an increase in the number of people using GitHub. The ‘State of the Octoverse’ report stated that 35 per cent more repositories were created in 2020 than in the previous year. There was increased development work—both time spent and amount of work done across all time zones investigated in the report. It’s unclear if developers were taking advantage of flexible work schedules, or stretching the same amount of work over a longer period of time. Developers may have also taken advantage of flexible work schedules to manage their time and energy, contributing to this sustained productivity.

Hiring and leadership
Sharma says, “We are creating a platform that caters to different developers across various genres. The skillsets that we look at depend on what the team needs for that specific project. Over the last one year and going forward, we have hired people from different backgrounds with respect to their experience, including freshers.

“The university team regularly interacts with university recruitment processes to get freshers into the GitHub team and we hire from the industry as well depending on the skillset needed.

The ecosystem is connected by code
Sharma says, “I started working in the software industry in the late nineties. At that point there was a lot of open source available to us to work on. The real deep dive for me was when I was working at Sun Microsystems, where I was working with the community, especially on Java, and getting developers to understand how they can create across platforms. That was the first engagement I had with the developer community.”

“I truly believe that the projects that are being aided by developers in India today are solving real problems for the country, and are all about scale. I think we can contribute back to the global community. Lots of other countries are leapfrogging into the digital world and can reuse these open source projects being developed in the country.

“India is a unique country. We have such a large and diverse engineering talent pool. We have some of the largest global systems integrators as well as global innovation centres creating innovative projects. We also have a wide ecosystem of startups and enterprises that are transforming digitally,” he adds.

Sharma feels that the whole ecosystem is very intricately connected by code. The Indian community is contributing to global projects like Tensorflow and Magento. A lot of this has come about due to the push given by the startups, as they depend a lot on open source. Sharma says, “We are trying to build a culture of giving back to the community, and are working very closely with students to make them understand why it is important to contribute back.”

“One of the reasons we are seeing this is because of the change in the entire infrastructure. Because of the cloud, people are able to access a lot of the information in a better manner. If you rewind 15 years back, for somebody to contribute to open source was too cumbersome. Now, it is very easy to collaborate,” he adds.

Sharma adds, “Ninety-nine per cent of all the projects and products created today are on the back of open source. The reason for this acceleration is that developers have more and more access to code that they can use.”

Open source as a concept has existed for a long time, but it is only now that everybody is building open source applications at scale and starting to contribute back to the community.