Red Hat and its ecosystem of customers and partners expected to drive nearly 640,000 new jobs by 2023 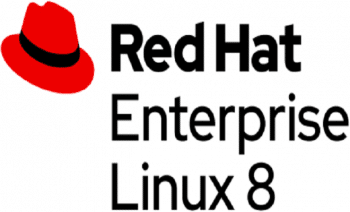 According to a new IDC study, commissioned by Red Hat, software and applications running on Red Hat Enterprise Linux (RHEL) are expected to contribute to more than $10 trillion worth of global business revenues in 2019.

The study found that RHEL is most frequently used for enterprise management and production (26 percent), IT infrastructure (20 percent) and customer relationship management (18 percent). The leading enterprise Linux platform provided business benefits in each workload  –  increase in revenues, decrease in expenses and increase in employee productivity.

According to study, the world’s leading enterprise Linux platform provides economic benefits of more than $1 trillion each year to customers with nearly $7 billion in IT savings. The IT executives included in the survey pointed to reduction in the annual cost of software by 52 percent, amount of time IT staff spend doing standard IT tasks by 25 percent and costs associated with unplanned downtime by 5 percent.

Cushing Anderson, program vice president, Business Consulting and IT Education, IDC, said, “The operating system is at the heart of every modern enterprise and powers a wide range of crucial business activities, from running globe-spanning ERP systems to forming the foundation of massive IT infrastructure.”

The report also indicated that by the end of 2019, the Red Hat Enterprise Linux ecosystem will directly employ nearly 900,000 workers, with an additional 236,000 jobs added through 2023.

By the end of 2019, the Red Hat Enterprise Linux ecosystem of partners and resellers will generate more than $80 billion, gaining $21.74 for every dollar of revenue generated by Red Hat, the study predicted.