“To Have A Successful Tech Career, One Must Truly Connect With It” 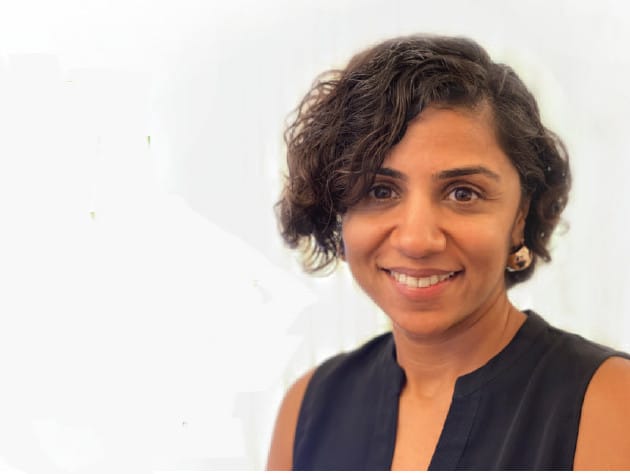 Kavita Viswanath, general manager, JFrog India, started out on her tech career with
a computer science degree nearly two decades back. Since then, she’s held many
leadership roles in various reputed companies like Oracle, Microsoft and Flipkart.
This article is about her journey, the challenges she faced, her achievements, and
suggestions on how to build a successful tech career.

Kavita Viswanath’s decision to study computer science was primarily because her brother was in the same field. It was also an easy choice for her as she saw that he was quite successful as a software engineer, having started his journey too as a software developer.
Viswanath adds that she looked up to her brother in many aspects. She says, “At that time, my only concern was that I needed to be very successful and at some point, I saw myself
starting up a company or heading one. When I saw that my brother had been successful after studying engineering and working for a software company, I thought that would be a good path to work towards my goal. That was only a broad plan. One cannot break it down further at that age as one’s exposure is very limited.”

“College is where I first took up leadership roles”
In the first few years, Viswanath says that she was more studious and less entrepreneurial in nature. In the last two years of her education, she started focusing on what else she could do better. In her final year, she became the general manager of the placement cell.
It was a position she earned through internal elections, whereby the students chose one of their peers to work with the professors and the industry bodies to get the right kind of companies into the college.

“I saw that as a major step towards achieving my bigger goals. It gave me exposure to companies and an opportunity to represent my college. I was involved in many activities like robotics projects, working closely with other institutes that wanted to run special
projects with my college, etc. My life opened up in the last two years of my engineering degree. That role gave me the opportunity to explore my own leadership skills, work closely with the professors and get to work with the right kind of companies,” says Viswanath.

Hands-on learning
Viswanath got a job through the campus placement, and worked as a software developer for the first two-three years of her career, for a startup in the fintech space. The work involved developing a website with applications in it. It was very new at that point in time.
She says, “I was working very closely with open source technologies. That was the first time I got exposed to open source technologies like PHP, MySQL, etc. For me, it was a big learning experience. Apart from developing code, we had to work closely with the members of the business team, who were bringing us customer issues. The product was a consumer facing portal that we were building. One had to turn around things very fast. If a customer wanted something, or even when preparing for a demo, one had to really slog through the
day and night to make things happen; otherwise, it affected the cost of the business solution and there was revenue at stake. Our CEO was extremely hands-on. He would talk
to us and guide us. I was the junior – most developer in the team. He would come and talk to me if I was working late in the night. This open culture and transparency gave me a lot of confidence about the quality of work I was producing.”

Plunging into bigger roles
Viswanath joined Microsoft in 2008. It was at a time when she had eight years of experience in the industry after having worked with Oracle in various roles. At that time, her goal was to work for a company where she would get to play bigger roles and broaden
her scope of work. It was a different opportunity compared to what she had done in the past. “I took it up as it was a large brand. Through my eight years at Microsoft, I had four different roles in two different units. It started from the licensing unit, which gave me exposure to how to build pricing and licensing models for a company. From there, I worked
as a global accounts manager, on large accounts like Accenture, across India and APAC. I then moved to big market sales and after that to a partner management kind of role. Each role got me to push my limits and challenge myself as I entered newer domains. It was a very high paced environment at Microsoft,” says Viswanath.

Challenges and wins
Viswanath says that in her 20-year career, she faced many challenges. “The first challenge was figuring out what my capabilities were after the first five to eight years of work experience. During this time, you feel that you have the experience and you can do anything, but at the same time, though I felt I was ready for bigger roles, I was not getting
the right opportunities within the company. I overcame that challenge by continuing to work with global leaders like Microsoft and tried to understand where my skill gaps were in order to make myself better,” says Viswanath. She adds, “Another challenge for me over my 20-year career, is that 90 per cent of it was spent in sales — pure sales, either enterprise or SaaS sales. But the role that I am in now at JFrog is different. It is not sales, but it is general management. It involves managing a site or a country for a growing company; managing teams for R&D; providing support to marketing, operations or finance; and building a sales team from scratch in India. I again wanted to do this for myself. I wanted to rediscover myself. It was my original goal of wanting to lead a company.”

Learning new things every day
Viswanath believes that selecting a career based on your gender is wrong. She asks
youngsters to make this decision purely for the value it brings to one’s life. She adds, “Evaluate whether you are truly interested in the field. You must be generally interested in it. You can’t look at it as purely something that is lucrative or that will give you a wellpaying job. It must connect with you from within and then only you will be successful in the field. Being in tech is learning new things every day because technology is evolving so fast. One needs to keep reinventing oneself.”

India and women in tech
Viswanath feels that women have a great opportunity to shape the tech landscape in India. She adds that she is not one of those who will tell women that one needs to network and find a mentor in the company in order to grow. “I think this applies to whatever kind of person you are — whether you are an extrovert who will go out and do this for yourself
or an introvert who will show the value of your work to the company. The only thing I will say is that for the organisation to recognise your talent and reward you with the right kind of roles, you need to keep doing what you do and showcase your value in different ways. It could simply becontributing to a technology project, or taking up a project and offering to
lead it. Second, one needs to spend some time in an organisation. The more time you spend in a company, the better are your chances of landing in a higher position because you know that culture and the business.”

The government needs to step up
Viswanath feels that from an education standpoint, the government needs to step up to update the curriculum, both in professional and school courses. India now does have a good amount of international schools that expose students to tech and tool-based learning, which helps a child to understand how to use these concepts in real life. She concludes, “There is a big gap in what happens in the private realm of things, and what happens in
those schools where the curriculum is governed and run by the government. The government should make the courses more relevant to today’s times. They need to introduce more tools, more experiment based learning, and not have just rote
learning.”

- Advertisement -
Previous article
Bitdefender Releases Open Source HVI Technology Through Xen Project
Next article
IIoT Gateway: The First Of Its Kind Open Source Distro To Be Made In India