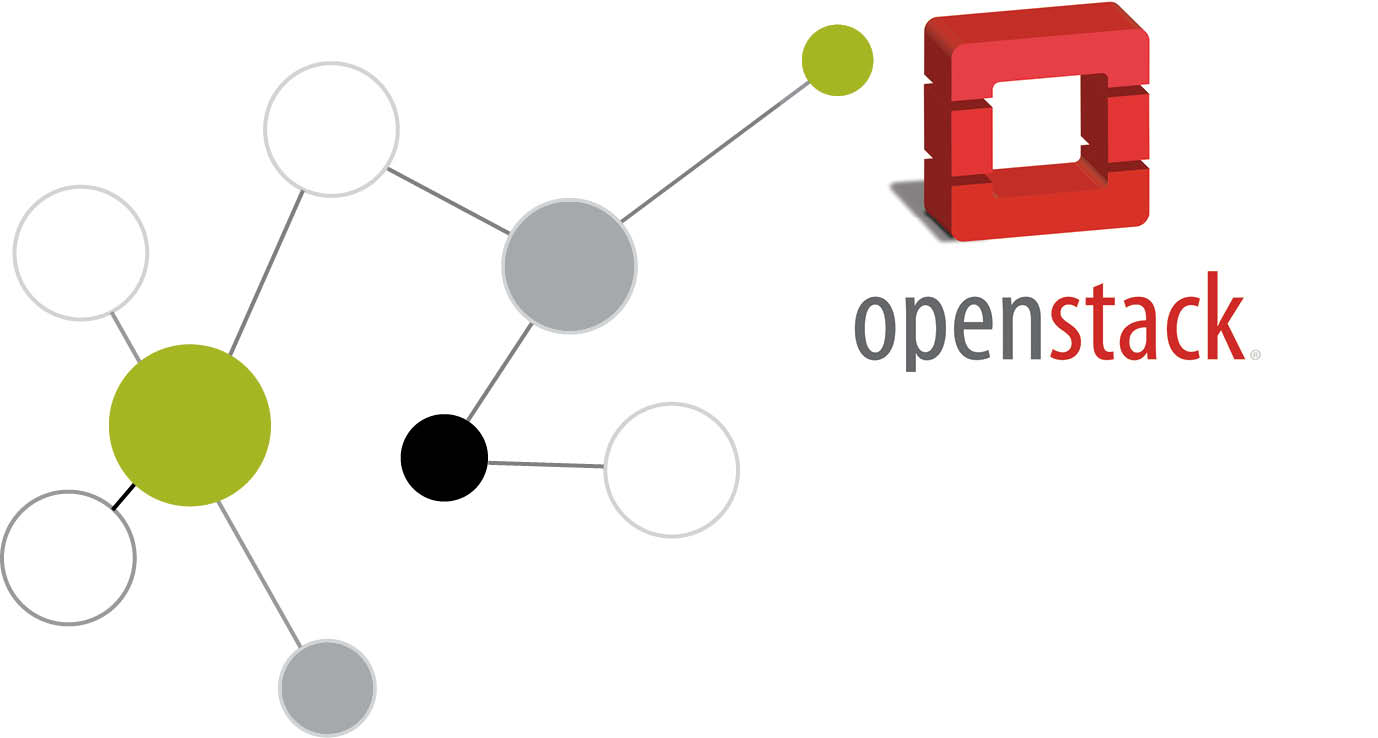 A virtual tenant network (VTN) allows users to define the network with a look and feel of the conventional L2/L3 network. Once the network is designed on VTN, it automatically gets mapped into the underlying physical network, and is then configured on the individual switch, leveraging the SDN control protocol. The definition of the logical plane makes it possible not only to hide the complexity of the underlying network but also to manage network resources better. This reduces the reconfiguration time of network services and minimises network configuration errors.

The technical introduction given above might seem complex to SDN beginners. In this article, I have tried to be as simple as I can, while teaching readers about VTN and its integration with OpenStack.

For the purpose of this article, I’m assuming readers have a basic understanding of SDN. So let me start with VTN directly.

The SDN VTN Manager helps you to aggregate multiple ports from the many underlying SDN-managed switches (both physical and virtual) to form the single isolated virtual tenant network (VTN). Each tenant network has the capability to function as an individual switch.

This means, virtually, the group (tenant) named VTN-01 is one switch with seven ports (s1p1, s1p2, s1p3, s2p1, s2p2, vs1p1 and vs2p2) in it. This VTN-01 will act exactly like a single isolated switch with the help of flows configured in the ports of all three switches by the OpenDaylight VTN Manager.

The above example explains the concept called port mapping in VTN, and will help beginners to understand the basic concept better. It will also help them to compare all other VTN concepts like VLAN mapping and MAC mapping.

VTN OpenStack integration
There are several ways to integrate OpenDaylight with OpenStack. This article will focus on the method that uses VTN features available on the OpenDaylight controller. During integration, the VTN Manager works as the network service provider for OpenStack.

The features of VTN Manager empower OpenStack to work in a pure OpenFlow environment, in which all the switches in the data plane are an OpenFlow switches. You could also refer to my blog on ‘OpenDaylight Integration with OpenStack using OVSDB’ from the link
http://www.cloudenablers.com/blog/opendaylight-integration-with-openstack/.

OpenDaylight support for OpenStack network types
Till the Boron release, OpenDaylight (ODL) only supported‘Local’network type in OpenStack and there was no support for VLAN. You may wonder why the developers never speak about VxLAN and GRE tunnelling network types support. You can answer that question if you recall the example I mentioned at the beginning of this article. To recap, I said that with the help of the VTN Manager, the user can group multiple ports from multiple switches in the infrastructure to form a single isolated network.

Let’s compare this with our OpenStack environment, which has two Open vSwitches installed in the controller and compute node.

1. Whenever a new network is created in OpenStack, VTN Manager creates a new VTN in ODL.
2. Whenever a new sub-network is created, VTN Manager handles it and creates a vBridge under the VTN. vBridge is nothing but the virtual switch.
3. When a new VM is created in OpenStack, the addition of a new port in the Open vSwitch of the compute node is captured by VTN Manager, and it creates a vBridge interface in the newly created vBridge and maps that Open vSwitch port with the particular vBridge port.
4. In this case, the port (say, vs1p1) of the DHCP agent in the Open vSwitch of the controller node and the port (vs2p1) of the VM in the compute node are isolated from the actual Open vSwitch, using the flow entries from the OpenDaylight VTN Manager, to form a new virtual switch environment called the virtual tenant network.
5. When the packet sent from the DHCP agent reaches the OpenStack controller’s Open vSwitch port vs1p1, then flow entries will tell the port vs1p1 to forward the packet to the compute node’s Open vSwitch port vs2p1 using the underlying physical network. This packet will be sent as a regular TCP packet with a source and destination MAC address, which means that the traffic created in one network can be sent as a regular packet across the controller and compute node without any tunnelling protocol.
6. This explains why support for VxLAN and GRE network types is not required.

You may need to disable the firewall (UFW) in all the nodes to reduce the complexity.

To help speed up the process, you could use my fully automated bash script for installing the OpenStack-Mitaka set-up at https://github.com/CloudenablersPvtLtd/openstack-setup.

After the successful OpenStack installation, run the sanity test by performing the following operations.

Create two instances on a private subnet. Then add the floating IP address from your public network, verify that you can connect to them and that they can ping each other.

Download the latest OpenDaylight-Boron package from the official repo, as follows:

Untar the file as the root user, and start OpenDaylight using the commands given below:

Now, you should be in OpenDaylight’s console. Install all the required features, as follows:

Feature installation may take some time. Once the installation is complete, you can check whether everything is working fine by using the following curl call:

The response should be an empty network list if OpenDaylight is working properly.
Now, you should be able to log into the DLUX interface on http://<ODL_IP>:8181/index.html.
The default username and password are admin/ admin.
Additionally, you could find useful log details at the following location:

Now, you have a working OpenDaylight-Boron set-up. Let’s get into the integration part.

Configuring OpenStack for VTN integration
Step 1
Erase all VMs, networks, routers and ports in the controller node, since you already have a working OpenStack set-up. You might test for VM provisioning as a sanity test, but before integrating OpenStack with OpenDaylight, you must clean up all the unwanted data from the OpenStack database. When using OpenDaylight as the Neutron back-end, ODL expects to be the only source for Open vSwitch configuration. Because of this, it is necessary to remove existing OpenStack and Open vSwitch settings to give OpenDaylight a clean slate.
The following steps will guide you through the cleaning process.

While Neutron is managing the OVS instances on the compute and control nodes, OpenDaylight and Neutron may be in conflict. To prevent issues, let’s turn off the Neutron server on the network controller and Neutron’s Open vSwitch agents on all hosts.

You can copy the Open vSwitch ID from the command ovs-vsctl show. Execute the above command in all the nodes (controller and compute nodes) to set ODL as the manager for Open vSwitch:

The above command will show that you are connected to the OpenDaylight server, which will automatically create a br-int bridge.

If you get any error messages during bridge creation, you may need to log out from the OpenDaylight Karaf console and check the 90-vtn-neutron.xml file from the following path distribution-karaf-0.5.0-Boron/etc/opendaylight/karaf/.
The contents of 90-vtn-neutron.xml should be as follows:

Step 4: Configure ml2_conf.ini for the ODL driver
Edit vi /etc/neutron/plugins/ml2/ml2_conf.ini in all the required nodes and modify the following configuration. Leave the other configurations as they are.

Restart the Neutron-server, as follows:

Now, restart the Neutron server and check its status. It should be running without errors.

Step 7: Verify the integration
We have almost completed the integration of OpenStack with VTN. Now, create initial networks in OpenStack and check whether a new network is created and posted to ODL, for which VTN Manager creates a VTN.
Use the curl commands given below to verify the creation of the network and VTN:

Whenever a new sub-network is created in the OpenStack Horizon, VTN Manager will handle it and create a vBridge under the VTN. When you create a new VM in OpenStack, the interface (br-int) mentioned as the integration bridge in the configuration file will be added with more interfaces, and the network is provisioned for it by the VTN Neutron bundle. The addition of the new port is captured by VTN Manager, and it creates a vBridge interface with port mapping.

When the VM starts to communicate with the other VMs that have been created, VTN Manager will install flows in the OVS and other OpenFlow switches to facilitate communication between the Vms.

Note: To access OpenDaylight RestConf API documentation, use the link http://<ODL_IP>:8181/apidoc/explorer/index.html, which points to your ODL_IP.

If everything works correctly, you will able to communicate with other VMs created in the different compute nodes. 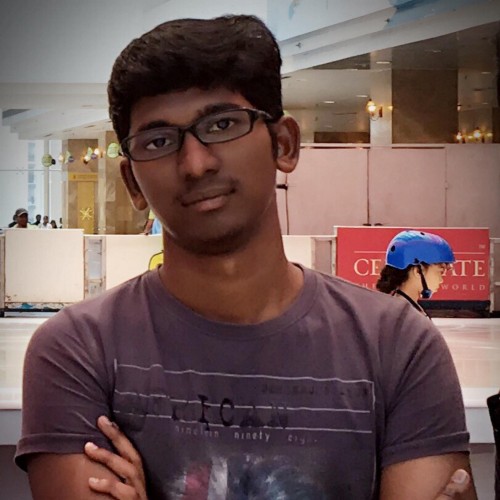 Vinoth Kumar Selvaraj
The author is a DevOps engineer at Cloudenablers Pvt Ltd, a cloud technology start-up based at Chennai, India. He holds a bachelors degree in computer science and engineering, and is also a freelance reviewer with PACKTPUB Publishers, for books related to OpenStack.