Here’s how to start using Django for Web application development. 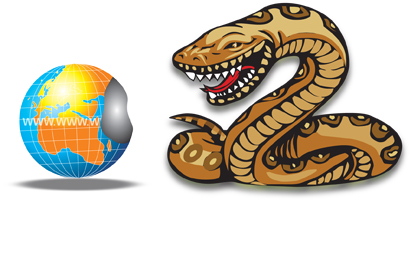 Rails is one of the most famous Web application development frameworks on top of the Ruby programming language. Django, on the other hand, is an advanced Web programming framework built on top of Python. Django is a strong competitor of Ruby on Rails.

Django abstracts lots of background details, like the SQL database, by providing higherlevel interfaces. It is a very handy framework and a quick solution to build any complex Web application. If you are already familiar with the Python programming language, you would find it easy to hack with Django.

Let us get started

On installation, certain Django utilities like django-admin and manage.py will be available. We will use these tools throughout the development process.

You can create a new Django project using the django-admin command:

For example, if we have a directory foo/ and it contains the files __init__.py and linux.py, we can access its contents from
a Python shell as follows:

The manage.py file is the project management file.We will execute this file to do further management tasks related to the current project after the basic skeleton is created. We will use manage.py to start the development server, create new applications, synchronise database tables and do many other things inside the project directory in which manage.py exists.
The settings.py file holds the different settings variables for the current Django project. It includes the time zone used,
database authentication and connectivity, templates, additional Django extensions support, etc. It manages the overall settings for the project.

The urls.py file is the URL map file for the current Django project. In urls.py, we will add different URL mapping schemes.
When we request some URL, the function of this file is to specify what should be displayed as the output. It has a pretty good regex support, and many customisation options. It directs each URL to a view function, which returns the output HTTP response.If some non-existent URL is requested, we can direct it to a custom ‘404 Error’ page. Or if we request a URL in the format of http://example.com/page/(digits)/ (for example,http://example.com/page/11/), we can write custom regular expression patterns such that this Web page will always be handled by a custom-written page function and the (digits) will be taken as the parameter.

Now, let’s look at how to set up a basic Django HelloWorld application.

We’ll use the Django development server to test our Web application. After development, we will deploy it on an Apache server with Django extension support. Navigate to the project skeleton directory that we have created and issue the following command: 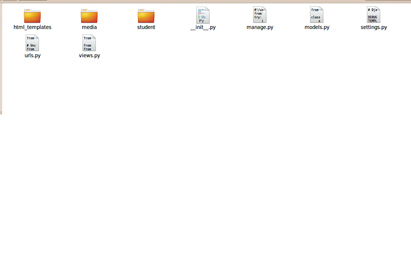 The above snippet informs us that a development server has started and we can access the output pages from the local host machine by pointing a Web browser to the following URL: http://127.0.0.1:8000/. By default, the development server runs at port 8000. We can change it by using the desired port number as an additional argument along with the manage.

We need to write a sample Web page using Django now.Create a file views.py and append the following lines in it:

The above snippet of code is known as a ‘view’. Views generate the HTML data for the Web page:

We need to set up the urls.py next. Add the following line to urls.py:

Now, using a browser, check out the following Web page: http://localhost:8000/helloweb. You can see the output
returned by the index() function.

The settings.py file handles the overall settings for the current Django project. Let’s take a look at the basic file structure. Here, I will only explain the important sections in this file. It is much easier to comprehend other options since they are self-explanatory, thanks to the excellent commenting:

This section is used to provide the database settings. In Django, we use the models concept to deal with the database
and datamodels. It supports all the various database servers that are widely used. To use a MySQL server, we can
configure the settings as follows:

We may use CSS and JS files as resource files for our Web page. In order to reference them we need to provide the
absolute path and the media URL path. For example:

We’ll need to specify the MEDIA_URL parameter in the URL format that points to the absolute path. We will use the
MEDIA_URL to access media files like CSS, JS and other files accessible throughout the Web URL.

To facilitate template support, we use template settings in the settings.py file. We specify the templates directory path
using the TEMPLATE_DIRS tuple as follows:

Writing dynamic pages in Django is very easy. Django puts different concepts into practice—like views and templates.
Views are routines that actually return an output as a Web page, i.e., a dynamic page. We can keep several view routines
for different URLs. When a URL is requested by a browser, the Django server checks its mapping from the urls.py file, and the corresponding function specified in it is displayed as the output.

We will now look at how to write view functions in practice. We can place our views in any custom .py file. But we have to specify its path in the urls.py URL configuration file.

This is the simplest form of the view function. To map a URL to a view function, we need to append the following line to it:

If the regular expression was just r’helloweb’, it can match any URL, like something_helloweb_something.The ‘request’ parameter in a view function is the HttpRequest object. We can obtain data related to a session, GET request, and POST request from the ‘request’ object.

To obtain POST request variables, we can use post_var= request.POST. It will return a dictionary that contains all
post variables and their values. We can use get_var = request.

GET to obtain all GET variables and values. Similarly, for a Session, use session_var = request.session. To check whether a variable exists in a dictionary, we can make use of the has_key() method. Have a look at the modified index view function that makes use of GET variables:

The view function in views.py:

Here we have discussed a simple HttpResponse, which always returns HTML code given as an argument. Now we will look at how to deal with templates. From now, we will place the HTML code as separate .html files, instead of inside the view function—and we call them as templates. Set the templates directory in settings.py:

Create an HTML file in the html_templates/ directory called template1.html, with the following content:

Now we can modify the view function to support the templates. The HTML interface code is taken through a get_template function. Here, Context() has a dictionary argument.It takes the variables and objects to be passed to the template
to generate dynamic code. However, no objects are passed tothe template—the template is just a static HTML page:

Or we can write the same template rendering in one line using the render_to_response shortcut as follows:

We will receive an output like what’s shown below:
This is a helloweb template
Student Roll No
S1 1
S2 2
S3 3
This is purely static. Now we will write a dynamic page utilising the facilities of the Django template system. Change the table section of template1.html to the following:

also add the following code just above the

A CIO should have digitisation on his agenda