PyText addresses the often-conflicting requirements of enabling rapid experimentation and of serving models at scale. 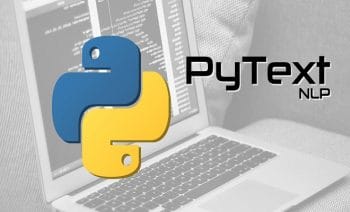 Facebook AI Research is open-sourcing PyText, a deep-learning based natural-language-processing (NLP) modeling framework that is used in the Portal video-calling device and M Suggestions in Facebook Messenger.

According to online community site InfoQ, NLP is a technology for parsing and handling human languages and is a key component of chatbot or smart-assistant applications.

Built on PyTorch, PyText addresses the often-conflicting requirements of enabling rapid experimentation and of serving models at scale.

It achieves this by providing simple and extensible interfaces and abstractions for model components, and by using PyTorch’s capabilities of exporting models for inference via the optimized Caffe2 execution engine, say Facebook.

Facebook is using PyText to power NLP in their Portal video-calling device and in their Messenger app’s M Suggestion feature.

PyText source code is available on GitHub, along with pre-trained models for several common NLP tasks, including text classification, named-entity recognition, and joint intent-determination and slot-filling, which is a staple of chatbot development.

However, this set of models is based on Facebook’s use cases and does not include many NLP models, including machine comprehension and coreference resolution, that are available in other frameworks such as AllenNLP.