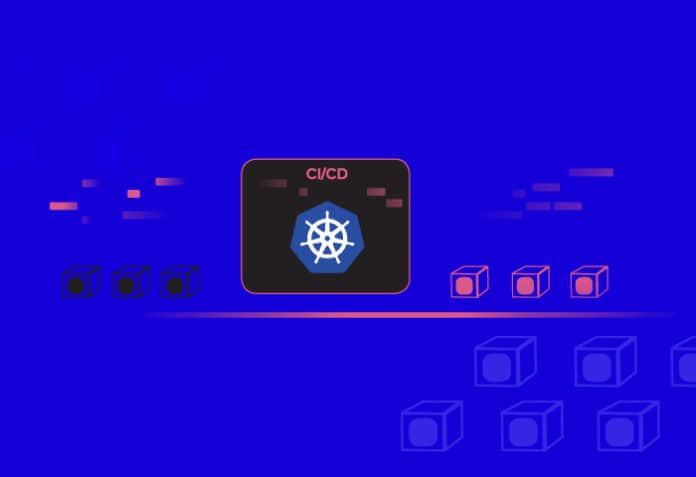 A continuous integration/continuous deployment (CI/CD) pipeline is the spine of the modern DevOps environment. It bridges the gap between the development and operations teams by automating the building, testing and deployment of applications. This article tells you how to set up a CI/CD pipeline using Kubernetes.

Jenkins is an open source/free continuous integration and continuous delivery tool, which can be used to automate the building, testing and deployment of software. It is generally considered the most accepted automation server, and is used by more than a million users worldwide. Jenkins is the best choice for implementing CI/CD.

What is a pipeline and what is CI/CD?
In computer science, a pipeline can also be called a data pipeline. It is a set of data processing elements connected in series, where the output of one element is the input of the next one. The components of a pipeline are often executed in parallel or in a time-sliced fashion. While CI stands for continuous integration, CD stands for continuous delivery/continuous deployment. Evidently, continuous integration is a set of exercises that makes development teams implement small changes and check code to version control repositories regularly. The main goal of CI is to create a consistent and automated way to build, package and test applications. Continuous delivery picks up where continuous integration ends. CD automates the delivery of applications to particular infrastructure environments. Many teams work with numerous environments other than production, such as development and QA environments, and CD makes sure there is an automated way to push code changes to them.

Why use it?
The CI/CD pipeline focuses resources on things that matter by automating the process and delegating it to a CI/CD pipeline. Resources are freed for actual product development tasks and the chance of errors is reduced.

Increase transparency and visibility: When a CI/CD pipeline is set up, the entire team knows what’s going on with the build as well as gets the latest results of tests, which means the team can raise issues and plan its work in context.

Detect and fix issues early: CI/CD pipeline deployment is automated and fast, which means the tester/QA gets more time to detect problems and developers get more time to fix them. It can be built and deployed any number of times without any effort. Hence, software becomes more bug-free.

Improve quality and testability: Easier testing makes it easier to achieve quality. Testability has many dimensions —it can be considered by how observable, controllable and decomposable the outcome is. Testability is affected by how effortlessly new builds are accessible and what tools are used. Continuous integration and delivery writes tests, runs them, and also delivers builds regularly and consistently.

To run the Kubernetes cluster, follow the steps given below:

Once the cluster has been generated, its status can be confirmed by entering:

Setting up a CI/CD pipeline with Kubernetes
Before setting up the pipeline, you should be familiar with Kubernetes, which is an open source container orchestration tool. Its main function is to direct containerised applications on clusters of nodes by serving operators; organise, scale, update, and maintain their services; and provide mechanisms for service discovery.

Setting up/installing Jenkins on Kubernetes
First, we need to install Helm, which is the package manager for Kubernetes:

After that, we have to configure Helm. To do this, add the Jenkins repo, as shown below. We also need to install Tiller for Helm to run correctly:

Next, we need to run the inspect command to verify the configuration values of the deployment:

Keep a watchful check on the configuration values and make changes if needed. Then install the chart:

The installation process will display some instructions for what has to be done next.

Points to remember
Get your ‘admin’ user password by running:

Get the Jenkins URL by running these commands in the same shell:

Follow these steps and they will start the proxy server at http://127.0.0.1:8080.
Open the above localhost URL, and enter your user name and password that has been created earlier. Your personal Jenkins server will open in a few minutes.

Kubernetes and CI/CD practices are an awesome match. We have learnt what a CI/CD pipeline is, why to use it, and how to install it with Kubernetes. Remember what have been installed here are the most basic plugins; there are still lots of configuration options that can be applied. We can also use Kubernetes to scale up the CI/CD pipeline. Hopefully, in the next article we will learn about that.