HomeAudienceFor U & MeThe Magic Cupcake Effect
For U & Me

The first phone bearing Google’s open source mobile operating system, the HTC G1, might have sold more than a million units, but it did not trigger the open source mobile OS revolution that many had expected. It did get decent reviews but was seen by many as a work in progress with a number of rough edges. Be patient, we were told, this is not the best of Android. Better things are in store.

So it was hardly surprising that many mobile phone lovers were disappointed at the relative absence of devices based on Android at the 2009 Mobile World Congress. That said, the one Android-powered handset that was launched, did grab more than its share of headlines—the HTC Magic. And May saw the device being released in the markets (alas, not in India, although our sources tell us that it will make its way here, unlike the G1), along with a significant update to the original Android operating system. The update, called Cupcake, took the operating system to 1.5 and added a number of features to the original operating system. But the question running through everyone’s minds was: were these enhancements enough to make the new device a mainstream success?

Serving a slice of (cup)cake…

It speaks volumes of just how much Google has changed the mobile operating system game that people have actually become more interested in the OS running on the device than the device itself. The Cupcake update has ironed out a number of the faults of the original Android, although there is no visible change in the interface itself. Perhaps the most spectacular change in the OS is the inclusion of an on-screen keyboard—the first edition had none, forcing users of the G1 to slide out the QWERTY even for the most minor typing task. The new keyboard seems impressive and works in both landscape and portrait mode. It has a preview area where suggestions of the words you may be attempting to type are displayed, and also comes with haptic feedback, allowing users to feel a slight vibration every time they touch a key—something that the iPhone does not have.

The other significant change is in the browser, which is based on Webkit and has a new Javascript engine. This, by all accounts, facilitates faster browsing. The address bar has also been merged with the search bar (shades of desktop Chrome)—again, a very handy change considering the limited amount of display real estate available to users. There is even a text search option that highlights the words on the page that contain the letters you are keying in, as you type. Still, all said and done, Cupcake is not really in the class of Opera Mobile and Safari. Not yet.

For imaging lovers, there is the addition of the record video feature—nothing earth-shaking really, but something that is so common that its absence in the G1 irked users. Incidentally, another multimedia addition that Cupcake brings is the support for A2DP, which should allow people to use most generic Bluetooth headsets with their Android devices. All this is topped off with the usual bunch of Google goodies, most notably Google Maps with Latitude (allowing users to track where their acquaintances are) and near seamless integration with most of Google’s online services such as Calendar. Wonderful if you love Google; not too great if you do not. However, on the mail front, there is still no support for MS Exchange. Meanwhile, though the Google Marketplace is not giving the App Store sleepless nights, it still has more than a fair number of applications that users can download to enhance their Android devices. There is even a complete office suite (Documents to Go) available for Android handsets!

The HTC Magic itself is much sleeker and better-looking than the slightly lumpy G1—dropping the QWERTY keypad might annoy texters but it sure does wonders to the device’s appearance. Unlike the G1, this is not a phone that people will mind flaunting, the black version being particularly easy on the eye. With no physical keypad, the Magic is a complete touchscreen device and while Android still does not support multi-touch like the iPhone’s OS, the quality of the touchscreen makes using it a pleasant enough experience—definitely better than some of the Windows Mobile devices one has used. Mind you, those who love the minimalist design of the iPhone will be annoyed at the clutch of buttons beneath the display—there are seven buttons in all, making the area a trifle crowded. The trackball that was seen in the G1 has been ditched, but the screen is so responsive that people are not likely to miss it. More annoying is that the phone does not have a standard headphone jack. The headsets plug into the mini USB port, leaving one with no option but to invest in Bluetooth headsets if one wants to listen to music while charging or syncing the device!

In terms of specifications, there are the usual connectivity options including Bluetooth and Wi-Fi. The camera still is 3.2 megapixels and there is no sign of a flash yet, but well, this is not really a multimedia phone. Battery life is believed to have been given a decent boost too, saving one from the need to charge it every day.

Better hardware, better software… all in all, the HTC Magic represents a significant step forward from the G1. But it still does not give one a compelling reason to switch to Android from one’s existing smartphone, unless of course one wants that snazzy Google logo on the back of the device. Android has not yet really arrived. But if the HTC Magic is any indication, it does not have too far to go.

- Advertisement -
Previous article
﻿Fight Club: Windows 7 vs Mandriva 2009.1
Next article
FreedomYug: Get Out of Office 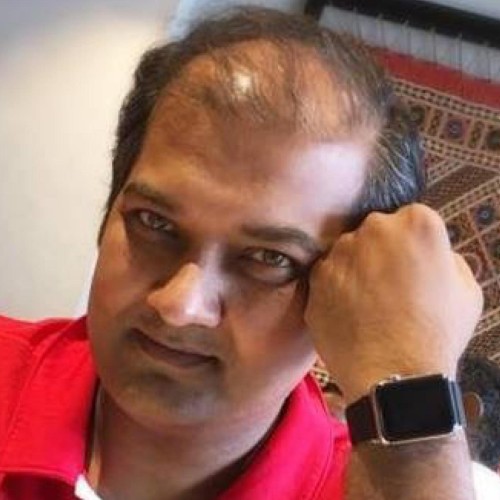 Nimish Dubey
The author is a freelance writer, who writes on technology, cricket, football, tennis and music.